From the mid-20th century onwards, the most preferred, fastest, and convenient mode of travel has been by aeroplanes. Flights have made travelling across the globe faster and easier.

The odds of dying in a car accident are about one in 5,000, and the probability of dying in a plane crash is about one in 11,000,000. In reality, it is more likely to be struck by lightning, with odds of one in 13,000 in a person’s lifetime. But, there are instances when we do see news of  plane crashes. Recently, Sriwijaya Air Flight, an Indonesian plane carrying 62 people, crashed into the sea soon after taking off. Reports emerged that the plane dipped from 11,000 ft to 250 ft at a rapid pace. Authorities and the airline gave no immediate reason why the plane went down like that. The Indonesian safety panels were successful in locating two ‘black boxes’. A black box is a recording device in a plane which can be recovered and studied if a plane crashes. There are two different flight recorder devices: the flight data recorder (FDR) stores the recent history of the flight through the recording of dozens of parameters collected several times per second; and the cockpit voice recorder (CVR) stores the sounds and conversations of the cockpit.

This is the age of technology and communication. It is hard to imagine anything in this world that is untraceable. But, something unfortunate happened on March 8, 2014. The Malaysian MH370 passenger aircraft disappeared. It is one of the most mysterious aviation disasters in modern history. The ground air traffic control (ATC) lost its contact with the aircraft carrying 227 passengers and 12 crew members. Fortunately, a military radar tracked the aircraft for another hour. The data showed that the plane was deviating westwards from its planned flight path. It crossed the Malay Peninsula and the Andaman Sea. Massive search operations began as soon as it was confirmed that the plane had finally lost all contact with the ground. Soon, China also launched search operations in the South China Sea and Andaman Sea. It was one of the biggest search operations which extended to far reaches of the Indian Ocean to the Australian shores. But, unfortunately, the aircraft could not be located anywhere. Finally, on January 2018, all parties called off the search operations, leaving everyone puzzled and confused by the mysterious disappearance of the Malaysian aircraft. All the passengers and the crew were presumed to be dead.

Last year, Kerala witnessed another incident of aircraft crash landing. During its landing at the Calicut Airport, the aircraft carrying 190 people skid off the runway and broke into two pieces. Official figures suggested fatalities of 18 people. The Calicut runway is a table-top which is why the plane fell into the trough that led to the aircraft breaking off into two pieces.

There was another fatal aviation disaster in Mangalore in 2010, where 158 people died in an Air India Express flight. It had only eight survivors.

When an aviation disaster like the MH370 disappearance occurs, various conspiracy theories are associated with it. As there is no conclusive evidence of what really happened, these speculations are the best shot. One of the theories was that of the involvement of some passengers in a hijacking mission. It was reported initially that two men travelled with stolen passports which was later discovered to be untrue. Another theory suggested that it was caused by the huge cargo of Lithium-ion batteries that MH370 carried with it. They might have heated up and caused a fire inside the plane. It is one of the best guesses that the authorities could make.

After this incident, Malaysia increased its level of safety protocols. The disappearance of MH370 is one of the many aviation disasters in history. But, it still remains an unsolved mystery.

However, apart from these rare disasters, air travel is still considered one of the safest modes of travel. 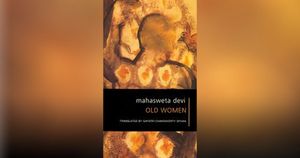