Mentally ill have right to live with dignity: Justice Singh

SILCHAR, Feb 7: Persons affected with mental ill-health have the right to live with dignity, said Gauhati High Court Judge, Justice N Kotiswar Singh, while speaking at a sensitization programme for stakeholders on the Mental Healthcare Act, 2017.

In his keynote address, Justice Singh said, “Dignity of individuals is vital as reflected in the Constitution of the country and persons affected due to mental ill-health have the right to live with dignity. They cannot speak for themselves and hence it is the duty of the police persons to bring to the notice of the magistrates and hospital authorities upon encountering any individual suffering from mental illness.”

“The SOP developed for the purpose should be circulated at the police stations and all the officers in-charge of respective police stations must be well versed with the points on the SOP,” he maintained.

Justice Suman Shyam, also from the Gauhati High Court, pointed out that the cause of mental health must be treated with empathy and sensitivity. Even if the beneficiaries have marginal presence in society, the issue of mental health is of vital importance, he stated.

Cachar Deputy Commissioner Keerthi Jalli said the world suffers a lot not because of the violence of bad people, but the silence of good people. Mental has been seen as a weakness, but in today’s world, with such initiatives taken by people from the judiciary and other fields, help in establishing that it is no more a stigma, the DC said.

In the interactive session, Justice Singh, while responding to a query from Dr Prasenjit Ghosh, president of Saksham, an NGO, on the status of the presence of a district level mental health review board, regarding matters related to admission of mentally ill patients, said that the State government has to look into the issue and asked the district adminsitration, the ASLSA and the DLSA to look for ways to initiate the talks necessary for the purpose. 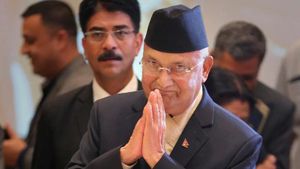 Boundary issue with India will be resolved through diplomatic talks: Nepal PM