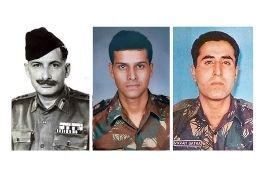 Biopics have traditionally been an easy
way to stack up the box office numbers,
more so if the subject has a patriotic edge. Men of honour fighting for the nation always make for engaging and inspiring stories.

Over the next months, Bollywood has several stories lined up that focus on valour in uniform. While the Indian soldier as a fictional entity has been around for a while, these films draw from true accounts of uniformed personnel who fought to protect the nation.

While some of these films have announced the cast, others are still in pre-production stage. IANS takes a look at the ones that should make waves upon release:

Actor Vicky Kaushal will essay the role of Field Marshal Sam Manekshaw in the biopic. He was Chief of Army Staff in the 1971 India-Pakistan war. The film is being directed by Meghna Gulzar.

Actor Adivi Sesh will portray the role of 26/11 martyr and Ashok Chakra recipient, Major Sandeep Unnikrishnan who served in the Special Action Group of National Security Guards. Produced by Telugu superstar Mahesh Babu, the film is being shot simultaneously in Telugu and Hindi.

A biopic of Param Vir Chakra recipient Captain Vikram Batra, the Vishnuvardhan directorial will see actor Sidharth Malhotra play the lead role. During Kargil War, Captain Batra was instrumental in capturing the crucial peak Point 4875, sacrificing his life. He was called Sher Shah among his unit members for his bravery. The film is produced by Karan Johar.

The film accounts the story of armyman-mountaineer Colonel Narendra Kumar, who was pivotal in Indian Army claiming the Siachen Glacier in 1984. The film is being produced by Ramon Chibb and Anku Pandey.

The film tells the story of Major Mohit Sharma, who was posthumously awarded the Ashok Chakra. The Para Special Forces Officer infiltrated Hizbul Mujahideen under the alias of Iftikhar Bhatt. While the cast has not yet been revealed, the film is based on Shiv Aroor and Rahul Singh’s book India’s Most Fearless 2: More Military Stories Of Unimaginable Courage And Sacrifice. 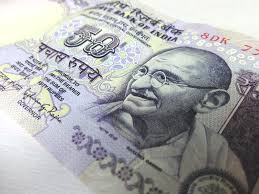 Nothing special on offer for Assam, rues Opposition