North Lakhimpur, Jan 31: Me-Dam-Me-Phi, the festival of remembrance and paying tributes to the ancestors and forefathers of Tai Ahoms, was celebrated across Lakhimpur district today.

The programme was centrally organized at Tyagkshetra in North Lakhimpur. It was led by Dharmeswar Gogoi, ex-president of the Tai Cultural Research Centre, along with Dimbeswar Chetia, Jiten Chetia and Sonaram Konwar.

This was followed by the hoisting of the flag by Dilip Kumar Gogoi, president of the organizing committee. The lighting of lamps before the statute of Swargadeo Siu-Ka-Pha, the founder of the Ahom kingdom in Assam, was led by Manoj Kumar Baruah, District Development Commissioner, Lakhimpur, and maidam tarpan was offered by Dr Biman Chandra Chetia, Principal of North Lakhimpur College.

An open session was held on the occasion at Tyag Kshetra, which was inaugurated by Dr Hemanta Kumar Baruah, retired Principal of Lakhimpur Commerce College. The open session was chaired by Dilip Kumar Gogoi, president of the organizing committee.

Former MLA of Lakhimpur Ghana Buragohain, president of the Tai Cultural Research Centre, Lakhimpur, Guna Phukan, and others attended the open session. A souvenir published on the occasion was released by Lakhimpur SP Longnit Teron.

At Laluk, the Tai Ahom Yuva Parichad and the All Tai Ahom Students’ Union organized the celebrations centrally.

At Dhakuwakhona, Me-Dam-Me-Phi was celebrated with a two-day programme with traditional fervour, in which various competitions for schoolchildren were held.

Similar celebrations were organized in Ghilamora, Kadam, Laluk, Narayanpur and Shimaluguri areas of the district. 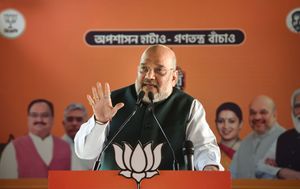 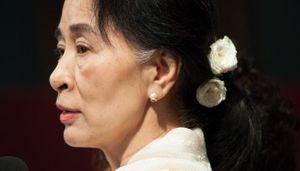