GUWAHATI, Feb 10: The Court of Additional District and Sessions Judge, Hojai, on Wednesday awarded death sentence to Chandan Harijan (28) convicting him of rape and murder of a four-year-old girl.

Accused of raping and subsequently strangulating to death a four-year-old girl on February 26, 2020, in Hojai, Harijan has been convicted under Sections 302 and 376 (A) of the Indian Penal Code read with Section 6 of the Protection of Children from Sexual Offences Act.

A 140-page chargesheet was filed by the investigators within two months. Although the trial was delayed due to the COVID-19 induced lockdown, the trial resumed in December, 2020, on a fast-track basis.

Advocate Amarjyoti Saikia who appeared for the victim’s family told The Assam Tribune that the death sentence was pronounced on the strength of Sections 376 and 302 of the IPC.

The gruesome incident took place near Dariyabasti in Hojai at around 3 pm when the convict lured the victim with a promise to fetch her some berries. Subsequently, her body was found in a forest area of a nearby village after which a case (164/2020) was registered with the Hojai police station.

The incident had triggered massive public outcry in Hojai.

Family members of the victim on Wednesday expressed satisfaction over the verdict delivered by Judge NS Deuri.

An ex-gratia of Rs 5 lakh has already been paid to the victim’s family through district legal services authority. 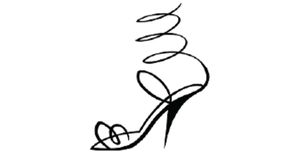 TERM OF THE WEEK