Danseuse MADHUSMITA BORA opens up about her art.

On being asked about her opinion on the elusive nine note after Do-re-me-fa-so-la-ti-do, that Yehudi Menuhin believed could be reached at through the power of yoga and the meditative regimen, the Philadelphia-based Madhusmita Bora has a unique perception as an answer. She says, “I’m not a musician by any stretch of the imagination. What I’ve known from investigations so far through my dance is that I have barely scratched the surface. When it comes to the traditions, one lifetime is certainly not enough. Maybe, there’s scope for exploration of the elusive note. Traditions rooted in Bhakti and devotion have an intense transcendental spirit. When a master practitioner swings in and out of the recognised notes they offer to the divine, they may just stumble across to the unknown area.”

Involved in her quest to unpack and decolonise her practice, Madhusmita has even started questioning the notions of classicism, and who gets to decide what’s classical. American society is a sort of flat, freshwater pond that absorbs silently, without reaction, anything that is thrown into it. Madhusmita’s relationships in a foreign land have endured only because she has been able to infuse into them some of the spirit of human sympathy which qualifies life for immortality.

One of the 11 artistes for social change to win the 2020 Leeway Foundation Transformation Award which offers USD 165,000 in funding individual women, trans and gender non-conforming artistes and cultural producers in the Greater Philadelphia area, the USD 15,000 award is given to each of the artistes for their commitment to their communities and to art for change.

Ever since 2009, Bora, and her partner — Prerona Bhuyan, have been going hammer and tongs, spreading the joy of Sattriya all over the United States through their organisation, known as the Sattriya Dance Academy. Performing in different parts of America, India, the United Kingdom and Mexico, Bora’s story and work have been documented by the US Library of Congress. Her work has so far been funded by the Pew Center for Arts and Heritage, three Leeway Art and Change grants, and two other grants from the Pennsylvania Council on the arts.

“I’ve been blessed to be on this journey surrounded by my incredible family, mentors, friends who’ve always lifted my work and held me accountable,” avers Madhusmita. “Passion and perseverance can’t always sustain art and art makers. We need tangible and intangible support to continue our work.” She’s ever grateful to her supporters who have helped her grow wings and fly.

America is the land of freedom and opportunities. And Madhusmita knew that through courage and conviction, success was always possible. Her creativity was the solution to all her dreams and aspirations. Her goal has been to make visible what – without her – might perhaps never have been seen in the United States. Americans worship creativity the way they worship physical beauty.

“I’m so deeply humbled by this honour,” Bora says, adding, “I’m grateful to my family. This recognition wouldn’t have happened without the blessings of my teacher and their teachers.” The danseuse heaps all praise on the bhokots or monks in the Sattriya monasteries who have so graciously and tenderly nursed this tradition for over 500 years and have continued to bequeath their legacy on the people of the country, and the rest of the world. 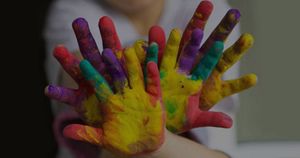