According to KACB note, simultaneous raids were carried out in Bengaluru, Kolar, Dharwad Ballari, Dakshina Kannada, Chitradurga and Kalaburgi on receiving complaints about amassing wealth disproportionate to their known sources of income.

Raids were conducted at the houses of WIMS former Director and Koppal District Hospital Chief Srinivas in Ballari and Koppal offices.

The raids are also under way at the residence of a Mangaluru Corporation official. Minor Irrigation Executive Engineer Devaraj Shivangi and his father-in-law's houses in Kotilingeshwara, Balaji Nagara were also searched by ACB officials.

The ACB teams conducted raids at Dharwad Forest Officer Srinivas's house in Chitradurga and Basaveshwara Medical College house and his farm houses, on BBMP Engineer Anjenappa and four places across the state.

While raids were also conducted at Kolar DHO Vijyakumar's house and office and other six places including hospital premises. During the raids, the officials have seized cash, jewellery and documents of properties at various places.

The ACB was yet to assess the exact value of recoveries as raids were still going on. - IANS 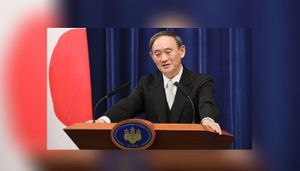 Japan’s emergency period to be extended to March 7: PM