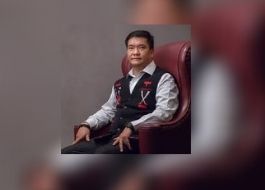 ITANAGAR, Feb 1: Arunachal Pradesh Chief Minister Pema Khandu today assured that the State government is committed to support preservation of indigenous culture, which he said is the identity of Arunachal Pradesh and its pride.

“Our culture is our roots. If roots are not protected and made stronger, the tree above will not survive. Hence, for our communities to survive, culture has to be preserved,” Khandu said while inaugurating a 15-day seminar-cum-workshop on Priesthood, first of its kind in the State, at the Directorate of Indigenous Affairs (DIA) office premises here.

Khandu said that the DIA was established with the sole purpose of preserving and promoting culture and heritage of the indigenous communities of the State. Lauding the department for organising the workshop, he said that the institution of priesthood is an integral part of indigenous culture and expressed concern over its ‘dwindling’ existence.

“For centuries, we depended on our local priests for every ritual – be it at birth, death, sickness, disasters or even construction of house. Every auspicious occasion revolved around the priests. I commend the department for organising this seminar-cum-workshop and believe that it would play a pivotal role in reviving this very important institution,” he said.

One of the major reasons for the dwindling of priesthood is lesser use of native languages, Khandu observed. “Without a written script, almost all our native languages are only spoken and passed on orally. With modern education and exposure, the younger generation is getting away from their native tongues and has become a major concern for us,” he pointed.

He urged the elders and parents to speak in their native tongue to their children at least when they are at home for vacations. “Our languages are the connections to our culture. If language is lost, a wealth of cultural heritage will be lost,” he said.

Khandu offered assistance from the government to researchers and academicians to develop scripts for the native dialects spoken in the state. He also asked the State Education Department to introduce textbooks for pre-primary level on Arunachal Pradesh, its people and culture.

“We must take pride in our indigenous culture and work for its preservation in the face of modernisation and global exposure,” he said. Khandu, however, reminded followers of indigenous faiths not to ‘compete’ with followers of other faiths as India being a secular country every individual is free to follow or believe any religion that he or she chooses.

Admitting the fact that many members of the indigenous communities are ‘changing’ to other faiths, the chief minister said, “Instead of blaming others, we must introspect. If someone is changing his or her faith, we need to introspect what made him or her do so. Maybe the lacunae is within us or in our customs.”

Meanwhile, responding to a memorandum submitted by Hari Taro, president of the Priest Association of Arunachal Pradesh, Khandu assured honorarium would be provided to the priests as ‘assured’ by the government but yet to materialise. 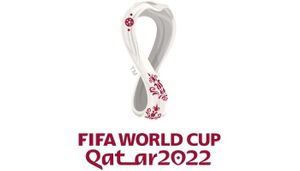 2022 World Cup will be played in packed stadiums: FIFA chief 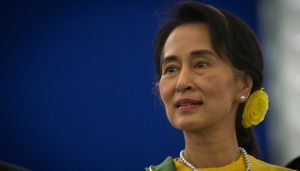