New Delhi, Jan 31: A group of journalists and others rallied outside the Delhi Police Headquarters on the Jai Singh Road here on Sunday to protest against the arrest of freelance journalist Mandeep Punia.

Police on Saturday arrested Punia after alleging that he had misbehaved with a station house officer (SHO) at the Singhu border.

Police said that he was moving through roadblocks and barricades when the alleged incident took place.

Calling it an ‘attack on journalism’, the protesters working for different media organsitations carried posters and placards to show support to the journalist.

Traffic movement was briefly closed on Jai Singh Marg and Bangla Sahib lane due to the demonstration.

“Punia has been booked under Sections 186 of the IPC (obstructing public servant in discharge of public functions) and 353 (assault or criminal force to deter public servant from discharge of his duty). A case has been registered at Alipur police station,” Said a senior police officer.

Another journalist, Dharmender Singh, was also picked up but later allowed to go after he showed his press ID, police said. – IANS 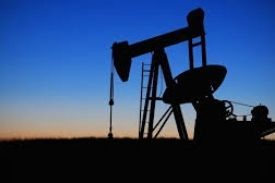 Govt may give oilfield in lieu of $1.4 bn it has to pay Cairn