Is dearth of mediators making protests difficult to handle?

New Delhi, Jan 31: It is said that effective dialogue can bring an end to a stalemate and lead the two parties to a reasonable settlement without confrontation.

This is where the role of ‘mediators’ becomes not just crucial but also necessary to handle a volatile or potentially volatile situation, which sometimes can have devastating repercussions. From small trivial marriage disputes to issues as serious as international bilateral relations are often handled effectively through ‘mediation’.

In the ongoing protests by farmers in the country over the three new Central farm laws, despite a dozen-odd meetings, the deadlock between the government and the farmers persists and Singhu, Tikri and Ghazipur on Delhi-Haryana and Delhi-UP borders have remained protest hotspots since November 26 last year.

Though the protesters were offered the Burari ground in the Delhi outskirts by authorities for their peaceful protest, the proposal was put down by a majority as they moved back to Tikri and Singhu borders to stage their protest in biting cold. What followed was a massive build-up of protesters in the border areas as all efforts by authorities to find a resolution to the agitation and clear the roads failed.

So, does that mean there are not enough ‘mediators’ to resolve the conflict and built up trust between the two sides?

Mediation is a structured, interactive process wherein an impartial third-party assists the disputing parties to resolve points of conflict through the use of specialised communication and negotiation techniques.

Mediation, as used in law, is a form of alternative dispute resolution mechanism to resolve differences between two or more parties with concrete results. Typically, a third party – the mediator – assists the parties to negotiate a settlement.

On January 26, when the farmers held a tractor march inside Delhi, a video of Joint Commissioner of Police SS Yadav went viral on the social media wherein he was seen trying to calm down tempers between police and protesting farmers as they reached the Mukarba Chowk.

“Shanti se inko samjhao, varna ye hum logo ke upar se jayenge, maante ho? Jai Jawan, Jai Kisan,” he was heard saying in the video. He was seen raising his hand in the air as he raised the slogan, ‘Jai Hind’. This, to some degree, did help control the volatile situation, which could have been worse otherwise.

In the Shaheen Bagh protest, which later became the longest sit-in protest in India, predominantly by women, starting mid-December 2019 over the Citizenship (Amendment) Act, the Supreme Court appointed senior advocates Sanjay Hegde, Sadhna Ramchandran and former bureaucrat Wajahat Habibullah as mediators to talk to the protesters. The interlocutors held multiple meetings, but failed to get fruitful results.

In February 2020, the Shaheen Bagh protesters also tried to march towards the Home Minister’s residence. The South East DCP RP Meena and then Additional DCP Kumar Gyanesh met the dadis or grandmothers of Shaheen Bagh with folded hands a few metres away from the protest site and convinced them to return, citing no permission for their march. The pictures of the two police officers with folded hands went viral as the old women reciprocated by placing their hands on the officers’ heads with smiles. This gesture by police officers was widely appreciated. – IANS

Leaving some stray incidences, where individual efforts have yielded positive results in mediation, it seems on a larger scale there is still need for effective mediation process and some good ‘mediators’ in the country to bridge the gap between protesters and the authorities to find an amicable solution. IANS 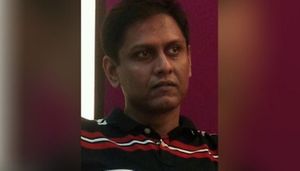