Frequent changes of the GSCL managing director added to the delay

GUWAHATI, Feb 25: Blunders committed by the State government during the initial stages of selection of projects were among the main reasons behind the delay in execution of the Guwahati Smart City Project.

As a consequence of the delay, Guwahati’s rank in the list of smart city project has gone down drastically in recent times.

Sources said that at present Guwahati is ranked 91st in the list of smart city project of the country. On the other hand, neighbouring northeastern state capitals Agartala and Kohima have performed creditably in implementing the project.

According to sources, for timely and proper implementation of the smart city project, there was a need to select small projects under the Guwahati Smart City Ltd (GSCL).

“But the authority concerned did not follow the scientific way. Rather, they decided to implement some large projects by earmarking huge amounts,” sources said.

As a result, in most projects, the GSCL faced various issues raised by its different stakeholders. For example, for developing the Bharalu river, the project management consultant (PMC) of the GSCL had prepared a detailed project report (DPR) with an estimated expenditure of Rs 800 crore. Similarly, for development of the Borsola Beel, the PMC prepared a DPR of Rs 276 crore. Later both the projects were dropped due to technical issues raised by the stakeholders.

On the other hand, for development of the Deepor Beel, the PMC prepared a DPR of Rs 6 crore and the GSCL later handed over the project to the State forest department. But due to technical reasons the forest department failed to execute the same.

Meanwhile, sources also informed that the practice of frequent changes of the GSCL managing director is another reason behind the delay in execution of the project. Notably, from the date of its inception till date, the State government appointed as many as eight managing directors for the GSCL during a five-year period.

“As per guidelines of the Union Ministry of Housing and Urban Affairs, for timely execution of the project, the tenure of a managing director should be at least three years. But in the GSCL, every bureaucrat got very little time as its managing director,” a source in the State government said.

Ironically, at present the GSCL does not have a permanent technical person. Sources said for proper execution of the projects, the GSCL needs at least four engineers as its permanent staff.

The Ministry of Housing and Urban Affairs also has its advisory in this regard. In one such advisory the ministry says, “Considering the challenges that some of the cities are facing due to lack of capacity in project design, execution and supervision, it is advised that for execution of specific projects which have been pending for implementation, the respective cities may explore arrangement of an appropriate tripartite agreement among the special purpose vehicle, government line department and perspective bidder.”

Not making tea no provocation to assault wife: HC 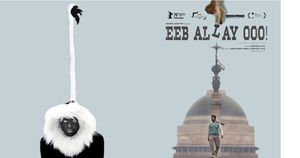