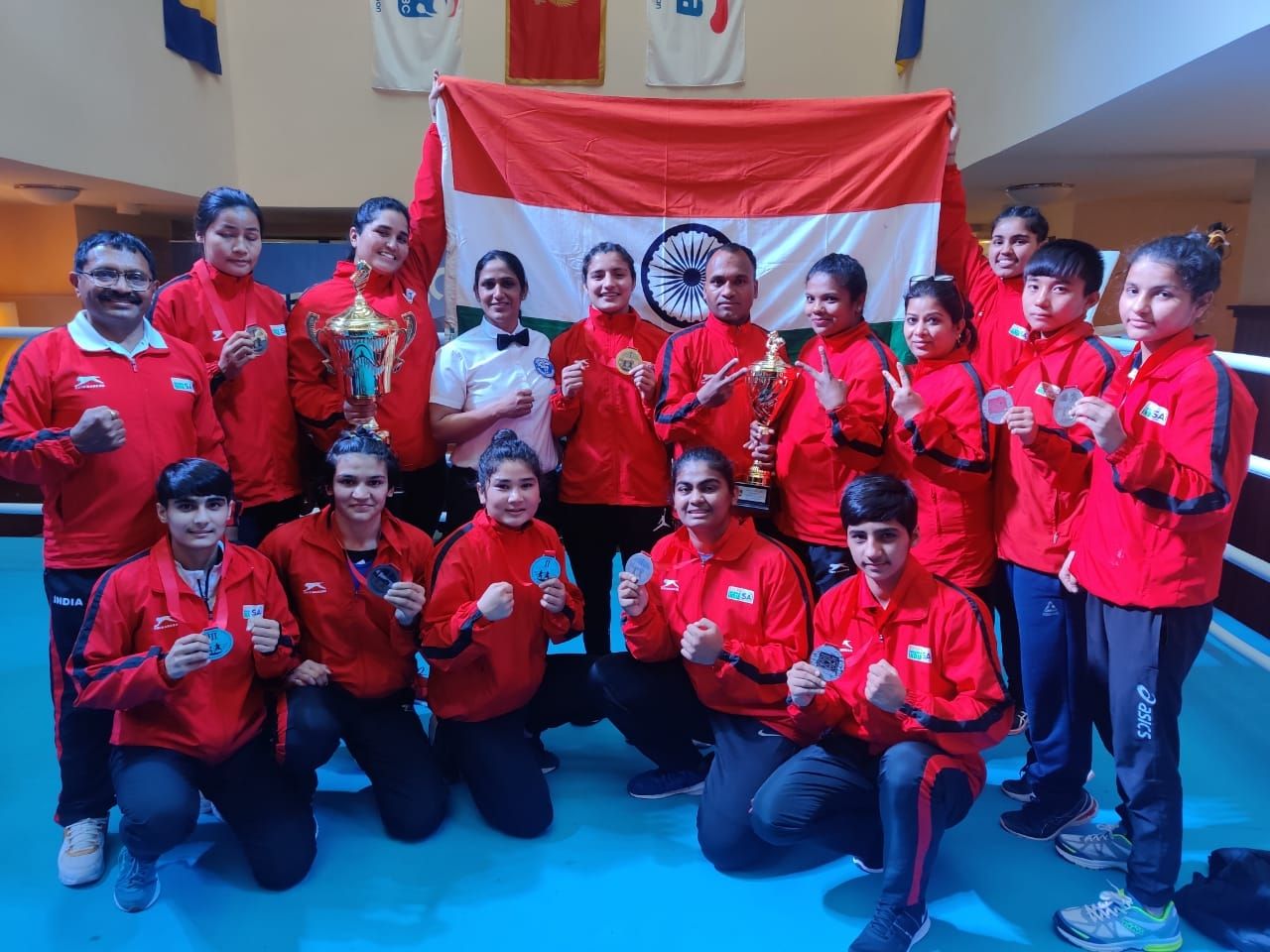 India's women's contingent thus finished top of the podium at the tournament and took home the trophy.

Earlier, Vinka (60kg) and T. Sanamacha Chanu (75kg) finished atop the podium in the women's category late on Saturday night. Alfiya Pathan (81kg-plus) had won the first gold on Friday, also in the women's section. In an all-Indian final, Sanamacha prevailed over Raj Sahiba to win gold while Vinka defeated Moldova's Kristna Kriper.

Indian team coach Bhaskar Bhatt had on Saturday attributed the team's success so far to good preparation. "The training was structured according to individual strengths. Since the performance of the boxers is on expected lines, it means they have grasped what has been taught to them, and that they are able to repeat in the actual competition," Bhatt told IANS.

P'cherry: 2nd Congress govt to fall within a year after MP