New Delhi, Feb 28: Fresh Covid-19 cases are showing a worrying upward trend over the past one week, with the country reporting a single-day rise of 16,752 cases in the last 24 hours taking the overall tally to 1,10,96,731 on Sunday, Union Health Ministry said.

The rise is the highest this month.

The positivity rate has been rising gradually, which is now at 1.48 per cent. As per the Ministry's data, there are 1,64,511 active cases at present after 11,718 patients were discharged in a day.

Meanwhile, 113 more deaths were recorded in the last 24 hours, taking the overall toll to 1,57,051, the Ministry of Health and Family Welfare said.

The experts have expressed a number of possibilities which could be owed to the stride ranging from the lax attitude of people towards following Covid protocols to the likeability of "mutations and new strains" causing the surge, as has been studied by the laboratories involved in Covid detection across the country.

Last week, officials said that the average daily new infections for the last 15 days were oscillating between 9,000 to 12,000 while the deaths were between 78 to 120.

The Ministry also informed that 7,95,723 samples were tested on Saturday. The cumulative tests are done by the Indian Council of Medical Research (ICMR) so far stands at 21,62,31,106.

So far, 1,43,01,266 doses of corona vaccine have been administered in the country since the drive began on January 16 after approval for 'Covishield' and 'Covaxin'.

As per the Union Health Ministry, India has become the fastest nation in terms of the vaccine doses administered, even though many countries had launched their vaccination campaigns much earlier.

The third phase of vaccination against the Covid-19 pandemic will begin on March 1 and will cover 27 crores of people above 60 and those above 45 years of age with comorbidities at 10,000 government and over 20,000 private vaccination centres. While people will be vaccinated free of cost at government hospitals, those taking the shots at private hospitals will have to pay. 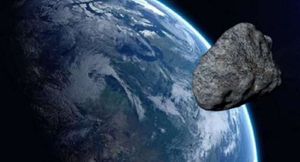