Emerging markets have been building reserves to guard against volatility due to Covid aftershocks.

Reserves for India and Russia have plateaued rising for months. India pulled ahead as Russian holdings declined at a faster rate.

India's foreign currency holdings fell by $4.3 billion to $580.3 billion as of March 5, the Reserve Bank of India said on Friday, edging out Russia's $580.1 billion pile.

The world's largest forex reserves league table is headed by China, followed by Japan and Switzerland.

India's reserves are now worth 18 months of imports have been boosted by massive inflows by FIIs into the stock market and burgeoning FDI.

According to a recent report by Acuite Ratings, the Indian rupee has strengthened in 2021 so far on healthy portfolio inflows, and sharp downward adjustment in inflation.

"While FX intervention from the central bank will continue in FY22, the pace is likely to ease with moderation in inflation. We expect gradual appreciation in the currency to play out with USDINR at 73.0 (with downside risk) in Mar-20 to 71.0 by Mar-21," the report said. 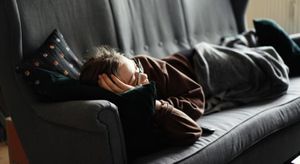 World sleep awareness month: Why is sleep so important?