Sudden and unexpected recurrence of coronavirus clusters in a number of nations underlines the reality that no region can consider itself as having totally eradicated Covid-19. It also reinforces the truism that mass inoculation of the global population as rapidly as possible is the sole means by which humanity can bring an end to the pandemic which has wrought such devastation and caused so many deaths. Against a backdrop of a second wave of infections being seen in a number of States, India too had begun a mass vaccination drive from the second week of January. However, unlike most countries, India did not opt for concurrent vaccination of health and frontline workers, and the vulnerable segment of society, but concentrated on the former segment alone. This had meant that the elderly, as also individuals with comorbidities, had remained at risk. That risk had been enhanced by the unfortunate fact that a majority of the population, having got over their initial fear of the virus, realized that they would be impacted upon, if at all, only in a slight, non-fatal way, and have given up wearing masks or observing physical distancing. The danger this false semblance of normalcy has created has been augmented by another development, the emergence of a number of coronavirus mutant variants which spread far more quickly and might be more lethal than the initial ones.

Given the possibility that intrusion of variants might result in the spread of the virus outpacing the rate of immunization, the need to speed up vaccination drives everywhere had become more imperative than before. It is in such a context that India’s decision to kick-start the second phase of vaccination drive against Covid-19 from today makes it such an important milestone in not only our nation’s fight against the pandemic, but of the entire world, considering that she is the second most populated nation. From today citizens above 60 years and those above 45 years having comorbidities would be eligible for vaccination, with this phase targeting 270 million people. Surprisingly, the Government has begun the self-registration process for the public from today itself, which means that one will know about the workability of the adopted methodology only in the future. Although a Covid-19 application called Co-WIN, designed to enable members of the public to self-register for vaccination, had been launched earlier, it is being made operational for the general public only from today. Apparently, provision for registration through the Aarogya Setu app as well as on-site registration have been made, and the Government has also roped in the private sector health service for this phase. It may be noted that vaccine scepticism and hesitancy had prevented the first phase from fully attaining its goal, and with this phase too the proof of the pudding would be in the eating! 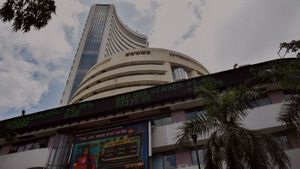