Once I had a  troublesome pain  and it was  change of the anti-inflammatory drug that worked. But for a week I had received a plethora of unsolicited prescriptions including herbal formulations.

I remembered that long forgotten pain when a celebrity yoga guru claimed a cure to Covid-19. As the pandemic Act doesn’t allow for miracle cures, this potion could be marketed as an immunity booster only. As if on the cue every herbal preparation in Indian market, some of them of more than half  century vintage, are now being claimed to boost immunity.

Be that as it may, every morning when I open my vernacular daily I am regularly charmed by many miracle cures for  diabetes and what not!  A display claims an oil to be a perfect prescription for knee pain. It is baptized with a brand name suggestive of a main stream medicine specialty; how it is christened in the original herbal manual, I know not.

An incident I remember is of a raid on a pharmaceutical facility churning out large amounts of a popular Ayurvedic medicine  ‘Chayavanprash’. The  suspicion was aroused by a large amount of potatoes being shipped to the plant. It was discovered that on finding it a costly proposition to procure the required quantity of Indian goose berry aka Amla fruit, a chief component, the scheming manufacturer was substituting potatoes for it.

Time tested formulations like ‘Chayavanprash’ are household names; what sickens is the claim of ‘miracle cure’ by some untested new kids on the block. I remember an occurrence when an over enthusiastic mother administered a herbal elixir touted to sharpen memory to her very brilliant son. But the boy, an all time topper, never topped in any class there after!

Voices of the Week 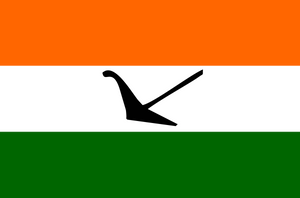