Chandigarh, Jan 30: A day after violence by a group of miscreants at Singhu on Delhi-Haryana border, British Labour Party MP Tanmanjeet Singh Dhesi on Saturday warned that "if people in power abuse peaceful protesters, it'll merely make their movement stronger".

"Shocked to see mobs and police trying to intimidate and clear Delhi farmers' protest, after stopping their water, electricity and Internet," Dhesi tweeted.

He added, "Violence can't be condoned, but if people in power abuse peaceful protesters, it'll merely make their movement stronger."

Earlier, Punjab-origin politician Dhesi had sent a letter, signed by over 100 MPs and Lords, to UK Prime Minister Boris Johnson on the ongoing farmers' protests, asking him to raise this matter with his Indian counterpart Narendra Modi when they next liaise.

After a clash broke out between protesting farmers and residents of nearby villages at Singhu border on Friday afternoon, the area in the vicinity was turned into a police cantonment as extra police force were immediately deployed to control the situation.

Following the stone-pelting incident, Delhi Police barricaded the area and barred entry towards the protest site. However, scores of people claiming to be local residents, most of them holding lathis (sticks) were still present there and they were seen shouting slogans against protesting farmers.

Many of them who claimed to be the residents of the nearby village spoke to IANS and alleged that the farmers had insulted the national flag during tractor rally on January 26 and their constant presence in the area for over two months has caused trouble for the locals. 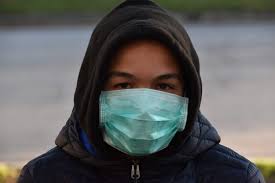 Modi to chair all-party meet ahead of Budget Session