Malala engaged in almost an hour-long conversation with journalist Pragya Tiwari, around her new book 'We are Displaced: My Journey and Stories from Refugee Girls Around the World'.

The session kicked off with the 23-year-old giving audiences a glimpse of her inspirations, journey and roots. She spoke of what inspired her to come forward and share her story in the first place. Stressing that it was important for her to not just tell her own story but also remind people that her tale is not unique, Malala spoke of how her story echoes that of millions of girls who do not have access to education, because of a myriad of reasons including early child marriages, poverty, cultural norms, wars and conflicts.

Speaking about Indo-Pak relationship, the 23-year-old said, "You are Indian and I am Pakistani, and we are completely fine, then why is this hatred created between us? The philosophy of borders, divisions, divide and conquer just does not work anymore...as humans we all want to live in peace."

The peace activist said that it was her dream to see the two countries (India and Pakistan) on friendly terms and that people from either side are able to visit each other. "You can continue to watch Pakistani dramas movies, and we -- Bollywood movies."

Stressing on the need to protect minorities in both countries, she also talked about the Internet shutdown in some parts of India and arrests of activists.

Malala also spoke about being displaced in her own country Pakistan, owing to the conflict between the government forces and the Taliban insurgents, her life during this time in a refugee camp and the uncertainty she faced at not knowing when she will be home again.

Referring to her latest book, she spoke about her visits to various refugee camps and how around 80 million girls have been displaced from their homes.

She said that she decided to write the book 'We Are Displaced' to tell the stories of these young girls who lose their homes and who decide to become refugees only for the sake of a safe future as they usually do not have an option. "They are pushed by the situation they're living in to lose their homes and to find safety elsewhere," she said. - IANS 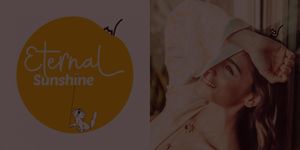