People march away from the Georgia State Capitol in Atlanta during the ‘Stop Asian Hate’ rally on Saturday afternoon. – AP/PTI

ATLANTA, March 21: Hundreds of people gathered in Atlanta to protest hate crimes against Asian-Americans, days after multiple shootings in and around the US city that killed eight people, among whom six were Asian women.

Saturday’s protest, which saw demonstrators march from Woodruff Park to the State Capitol, was billed as a #StopAsianHate event calling on people to “come together to grieve, heal and support”, reports Xinhua news agency

The crowd was heard chanting slogans including “Stop Asian hate!” and “We are what America looks like”, as they proceeded and ultimately gathered at Liberty Plaza.

The demonstrators were also waving American flags and carrying posters that read “We are not the virus”, among others.

In front of the State Capitol, Georgia’s two newly-elected Senators, Raphael Warnock and Jon Ossoff, led the crowd in a moment of silence.

“I just wanted to drop by to say to my Asian sisters and brothers, We see you, and, more importantly, we are going to stand with you,” said Warnock, calling for a “reasonable gun reform”.

Warnock, Georgia’s first African-American Senator, was joined by Ossoff, who said: “Let us build a state and a nation where no one lives in fear because of who they are or where they or their family come from.”

Robert Aaron Long, 21, a white man, admitted to police that he had killed four people inside two spas in Atlanta and four others at a massage parlour in suburban Cherokee County on Tuesday.

Police are still working to establish a motive, including looking into whether racism played a role in the carnage and if the attacks can be classified as hate crimes.

“No matter how you want to spin it, the facts remain the same: This was an attack on the Asian community,” said state Representative Bee Nguyen, the first Vietnamese American to serve in the Georgia House.

Noting that the shooter targeted businesses run by Asian-Americans, Nguyen said: “Let’s join hands with our ally community and demand justice for not only these victims, but for all victims of white supremacy.”

President Joe Biden and Vice President Kamala Harris travelled to Atlanta on Friday, meeting with Asian-American community leaders there and imploring the American people to stand up to and speak out against hate. – IANS 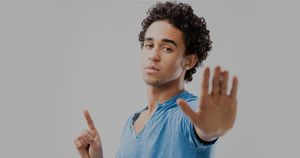 Self-control via the internet 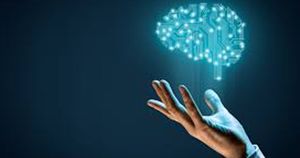