Indubitably, the ongoing farmers’ protest against three farm laws has been the biggest threat to the NDA Government. But, far from backing down, the Centre has stuck to its guns even as its associated organizations, in particular the pro-BJP media, had attempted to demonize the farmers by hinting that there were pro-Khalistani elements within them. Though the over two-month-long protests have been extraordinarily peaceful, one aberration was the horrific violence perpetrated on January 26. The farmers themselves had publicly asserted their suspicion that pro-BJP agent provocateurs had infiltrated the tractor rally which they had held on that day to create mayhem, thereby giving the Government a convenient handle to crush the protests. But, rather than follow up on the suspicions raised by the farmers the Delhi Police, which is directly controlled by Union Home Minister Amit Shah, has been doggedly attempting to prove that the Republic Day fiasco was, in fact, the handiwork of Khalistani supporters backed by their Indian affiliates. They have seized upon a ‘toolkit’ forwarded by the internationally-celebrated climate change activist Greta Thunberg, and have now arrested 21-year-old climate activist Disha Ravi as the brain behind creating, editing and uploading this toolkit onto social media platforms. They have also issued arrest warrants against two other ‘co-conspirators’, Nikita Jacob and Shantanu, for assisting with the toolkit and collaborating with pro-Khalistani elements!

Although the phrase ‘toolkit’ might raise sinister connotations, there was absolutely nothing treasonous about this particular one, as vouchsafed by a galaxy of legal experts. It attempted to familiarize people with the farmers’ protests so they could make decisions on how to support them. No doubt the tone of the toolkit is anti-establishment since it asserts that instead of being supported to become self-reliant and prosperous, a majority of farmers were increasingly being subjected to the control of large corporations and international institutions whose sole focus was profits and exploitation. It also lists a series of actions to be taken to support the farmers, including creating a Twitter storm and protesting outside Indian embassies. It also asks the farmers not merely to stay on the outskirts of the capital but enter Delhi to voice their protests and then go back. But there is not the slightest attempt in the phrasing of the toolkit that might be construed to be inciting a violent insurrection, which is an essential prerequisite for any action to be deemed treasonous, a charge for which Disha Ravi has been arrested. As for Khalistani connections, the sole charge laid by the police against the trio is that they had links with an allegedly pro-Khalistani group called Poetic Justice Foundation. That such flimsy charges have induced the police to get Disha remanded to police custody for five days signifies high-handed behaviour not commensurate with India’s democratic credentials. 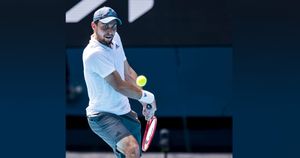