Lucknow, Jan 15: The Lucknow bench of Allahabad High Court has directed the Amethi police not to take any coercive action against an inter-faith couple, on the basis of an FIR lodged against the husband three years ago.

The bench of Justice RR Awasthi and Justice Saroj Yadav passed the order on the petition of one Chandni and her husband, who alleged that the police had started harassing them after the promulgation of the UP Prohibition of Unlawful Religious Conversion Ordinance 2020, on the basis of an FIR lodged in 2017 by her father against her husband at Kamrauli police station of Amethi district accusing him of kidnapping her for marriage (Section 363 and 366 of IPC).

The petitioners' lawyer, AK Pandey, said that the couple got married three years ago and they were living together peacefully. They are also parents to a one-and-a-half-year-old child.

The court has directed the government counsel to file response against the petition within a week, after which the case will be listed for hearing.

The court further directed the Amethi police to stop harassment of the couple.
"Considering the entire aspect of the matter, it is hereby provided that till the next date of listing, the petitioners shall not be harassed by the police on the basis of the impugned FIR," the court directed.

This is another addition to the growing list of cases in which the courts have come to the rescue of inter-faith couples, being harassed under the new law. - IANS 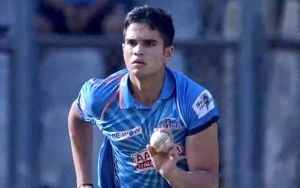