Groundwater is a valuable asset of nature. It occurs sporadically within a limited depth of the outer crust of earth. This water is less contaminated than the surface water that can be easily harnessed, as it is stored underground naturally after being filtered within soil, rock matrix or unconsolidated rocks which bear characteristics of aquifers. It plays a vital, regulatory role in running the hydrologic cycle. The water falls on the ground through the natural process of precipitation at first, passes through the subsurface materials and then back to the atmosphere again through natural as well as artificial processes. Today, people use groundwater for drinking, agricultural irrigation, industrial processes and in municipal water supply.

It is obvious that India is not lacking in surface water resources. In spite of that, of course, in practice, she is facing an acute shortage of pure water. It is because of large-scale contamination with pollutants in it and finally the polluted surface water brings about groundwater pollution. It is known that the surface water becomes polluted when rainwater run-off carries pollutants into the exposed water-bodies. The pollutants that are transported by run-off are impurities like salts and chemicals from city, highways, roads and fertilizers more or less in soluble stage. Moreover, the chemicals come from pesticides, synthetic materials such as petroleum products and other automobile fluids, and mercury, lead, arsenic, cadmium from mining sites or from industries as industrial wastes. These chemicals are very dangerous for the environment as well as for the health of the organisms that inhibit them. The pesticides can damage the nervous system and cause even cancer in human bodies because of the carbonates and organophosphates that they contain. Additionally, the water may also be polluted with pathogens which usually results from sewage leakage and run-off slaughter houses.

In India, groundwater pollution has become a major environmental issue. The largest pollution in India is said to be of untreated sewage. The contaminated sewage water at first mixes with drainage water and contaminates the soil and shallow aquifers. As regard the status of groundwater pollution in India, two years back, the then Union Food and Supply Minister Ram Vilas Paswan disclosed that excepting few localities like Mumbai, Hyderabad, Bhubaneswar and Ranchi which have potable drinking water, others like Delhi and Guwahati do not have safe potable water. Notably, apart from these, there have been reported occurrences of arsenic contamination in groundwater in the States of West Bengal, Bihar, Jharkhand, Uttar Pradesh, Assam, Manipur and Chhattisgarh, which may have link to unscientific and unmonitored large-scale exploitation of groundwater, more particularly from deeper aquifers.

It is worthwhile to mention that due to the enormous increase of pollutants in surface water, the exploitation of groundwater has received prime importance presently. But it is not possible to cater to the need of water as its reserve is very limited in comparison to total water in the globe. It is known that the earth bears only 0.76% exploitable fresh groundwater against about 75% total reserve of water in it. So at this juncture, if ignoring the exact capacity of reserve more and more water is being withdrawn from the aquifers, it will lead to a very gruesome stage of water scarcity and depletion of water level in an area.

Depletion is a term often defined as long-term water level decline primarily caused by sustained groundwater pumping. In general, it offers adverse effects in a locality like water well problems, reduction of surface water flow and land subsidence, etc. It is known to all that as the depth to water increases, the water must be lifted higher to reach the land surface. Thus the power costs increase as the groundwater level declines. Depending on use of the water and the energy cost, it may no longer be economically feasible to use groundwater for a given purpose. Again, if the groundwater levels decline below the bottom end of the existing pumps, enhancement of the expense of lowering the pump, deepening the well or drilling deeper replacement well are unavoidable. Not only this, the yield of the well may also decline below usable rate, when the water level declines much. The over-withdrawal of groundwater through a series of deep wells may reduce the water level in the surrounding shallow aquifers and even in the minor local water-bodies too.

Over and above these, the severe depletion of groundwater level in an area may cause land subsidence if emphasis has only been given on exploitation of water for long period. Land subsidence is basically a gradual setting or sudden sinking of the earth’s surface owing to subsurface movement of earth materials. This type of situation may arise where excessive pumping is made within the areas covered mostly by soft and fresh alluvium. It is a matter of fact that many populous cities of the world have faced the problem of land subsidence. Out of these, Mexico, Tokyo, Jakarta, Ho Chi Minh, Bangkok, Shanghai and Dhaka are worth mentioning. An Indian city, Kolkata, is also facing a situation of land subsidence. A recent report indicates that in Kolkata, Mochuabazar, Calcutta University and Rajabazar Science College locality had been undergoing subsidence during the period of 1992-1998 with an estimated rate of 6.5 mm per year. Similarly, a study conducted by a retired scientist of CGWB in 2006 reportedly revealed that if the groundwater extraction is being carried out at the present rate in Lucknow city, there will be likelihood of land subsidence shortly.

Admittedly, like many countries of the world, India will have to face severe hardship with the potable groundwater in the days to come. In this regard we have been alerted by the NITI Aayog that at least 21 major Indian cities, including the capital New Delhi, will run out of groundwater soon. The report also lamented that approximately 200,000 people die in India each year due to lack of access to safe drinking water. In addition to this the Aayog also stated that the worst water crisis in its history is that 54% of India’s groundwater wells have declined over the past years, and 21 major cities are expected to run out of groundwater by 2030.

Keeping all these view, the people at large as well as the Government of India need to rise to the situation to tackle the coming shortage of groundwater by devising the technologies to minimize water loss preferably. Simultaneously, measures should also be taken to minimize the pollution of surface water aiming to utilize the same for long days. This will definitely help in reduction of groundwater use and an untoward situation arising out of groundwater exploitation. 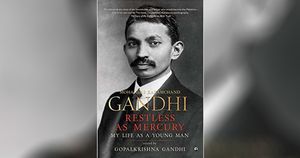 A young life as restless as mercury