Severe depletion in groundwater levels has been a disturbing development in the city even as successive governments have shockingly failed to put the perennial Brahmaputra passing through its heart to good use in ensuring a reliable water supply mechanism. Things have come to such a pass that thousands of families are compelled to buy water at exorbitant rates on a daily basis. The plummeting groundwater levels have a direct link with the Government’s failure to harness the Brahmaputra for meeting the city’s potable water needs. Unscrupulous elements have found the situation to their advantage and are indulging in large-scale extraction of ground water for commercial purposes. Particularly shocking has been the Government’s inaction on those illegally extracting groundwater and selling those at steep rates – something testified to by the spurt in deep-boring exercises. With the State’s Assembly elections scheduled to take place tomorrow onwards, the water woes of the citizens supply have failed to figure as an important poll issue and nor has it figured in any public discourse. With the city under a real estate boom since the past one decade, its groundwater has been put to severe stress and no intervention forthcoming from the Government to ensure time-bound implementation of the so-called mega water supply project, the citizens are in for more distressing times in the days ahead.

The situation in the State capital is in sharp contrast to the happenings in other parts of the country where governments have woken up to the challenge of growing water scarcity – especially depletion of groundwater reserves – and are adopting innovative practices to meet the people’s water needs through sustainable use of water. Even relatively arid zones have been able to supply round-the-clock water to the citizens due to a holistic policy by their governments. At the root of our problem is the absence of a coherent water management policy that has resulted in injudicious, unsustainable and large-scale extraction of ground water. Aside the urgent need to stop illegal as well as unsustainable large-scale extraction of ground water, the authorities would do well to conduct periodical surveys on both quantitative and qualitative aspects of groundwater. As for use of groundwater, only that much amount which can be replenished should be allowed to be extracted. Optimum utilization of available surface water (which the State has in abundance) and rainwater harvesting should be put at the core of the State’s water policy. Quality monitoring of ground water is another imperative in view of the presence of harmful substances such as fluoride, arsenic, lead, cobalt, mercury, uranium, etc. With the smart city project under implementation in the State capital, ensuring potable water supply to the citizens at affordable rates should get priority. As consumption of water for various purposes, including industrial, is much more in cities than in rural areas, we need an integrated water management policy at the earliest. 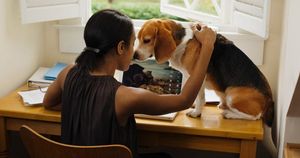