These platitudes are forgotten the very next day because there are too few women at the top to push this agenda. If women don’t want this neglect to persist, they have to continually challenge the system. This means making a noise loud enough to be heard in the corridors of power.

International Women’s Day is celebrated with great fanfare across the world. Most often the celebrations camouflage the entrenched lack of attention to women’s empowerment issues. Ironically most celebrations are organized by women themselves for themselves. A day later everything is back to business as usual and all the platitudes forgotten. Women go back to their woeful situation scraping the bottom of the barrel to see if there is anything at all left for them. For the thousands of women eking out a livelihood to support their families, either because the husband has abandoned them; they are too poor and need both sources of income or because the husband blows up everything in liquor, life is a long and arduous battle – a daily battle that takes a toll on their health and leaves them with no time for simple leisure. The very thought of the existential dilemmas of such women is heart-rending, except that governments and policymakers are not known to have hearts; much less to feel.

It is but natural that India would be ranked 112th among 153 countries in the annual Global Gender Gap Index 2020 published by the World Economic Forum. The WEF published its first gender gap index in 2006. The Global Gender Gap Index benchmarks 153 countries on their progress towards gender parity in four critical dimensions: They include (a) Economic Participation and Opportunity (b) Educational Attainment (c) Health and Survival (d) Political Empowerment.

This index enables countries to track progress on relative gaps between women and men on health, education, economy and politics. The WEF report is a pointer to countries that they need to buck up and reduce the gender gaps and to set priorities relevant to each of the above four indicators to improve the lives of women and men in the respective countries. Economic participation, educational attainments and political participation and decision making all require that women have access to health and are not undernourished, anaemic, and having to struggle to survive their child births which is the case for many women in the states of Bihar, UP, Assam and Meghalaya where the maternal and infant mortality figures continue to remain high.

If women have to struggle even to access basic healthcare, then how can we expect them to engage in economic activities and entrepreneurship with the self-confidence that is required to run businesses? It is sad that gender budgeting has remained the one factor that has kept women at subsistence level in this country and the north-eastern region as a whole.

In the past, powerful women’s groups had engaged vigorously with the Central Government and the Planning Commission on the need for gender budgeting so that resources are equitably allocated between women and men since every policy impacts women and men differently. For instance, in the area of health, women because of their reproductive roles are vulnerable to many more cancers than men. Women have to deal with cancer of the uterus, breast, cervix, ovaries, over and above the other cancers that affect men such as throat, bone, oesophageal, stomach, etc. In fact in the past, the Planning Commission had included women with vast experiences in the concept that the social construction of gender is difficult to dismantle as it is embedded in patriarchy. Now with the NITI Aayog replacing the Planning Commission, one is unsure if such engagements continue or if gender sensitivity is even an attribute of the new planning system.

Some might question why gender budgeting is important. The answer is that budget-making is essentially an exercise for allocation of resources; resources translate into opportunities. A gendered budget as opposed to a gender-neutral budget is one where the financial resources allocated by governments are put through the gender prism, because (I repeat) every policy affects women and men differently. Similarly financial resources allocation too will impact the genders differently. Hence gender budgeting is the process of preparing budgets by analysing gender inequality, hierarchies, and salary discrepancies between women and men. Not only that but even the participation of women in the workforce would rely a lot on whether they have the access and training required to meet the professional requirements of the work vacancies they seek to fill. Training requires resources. If the resources are not equitably allocated then as a natural selection process men usually are selected for training while women would lose out. Gender budgeting ensures that the benefits of the nation’s development reach women and men equally.

Much has been spoken about and volumes written on women’s empowerment, not just on the occasion of International Women’s Day but over the years. These platitudes are forgotten the very next day because there are too few women at the top to push this agenda. If women don’t want this neglect to persist, they have to continually challenge the system. This means making a noise loud enough to be heard in the corridors of power.

There are four women in the Meghalaya Assembly today, there were eight in the Assam Assembly, none in Mizoram or Nagaland. These women should transcend their ideological differences and make common cause on these issues. They are better placed than most women to raise these issues in the Assembly and outside it.

Much of what is taken for granted in our country and in Meghalaya is rooted in gender inequality. Take the national budgets for instance. Women represent 48.1% of the nation. But they are way behind on many avenues such as health, economic opportunities and education. Data for female participation in the workforce is available only up to 2011 and stands at 32.67% in Meghalaya. Urban women had lesser employment opportunities than rural women. All these disparities and gender gaps will continue unless gender is mainstreamed across all policies including especially the financing policy of the Government.

Many countries today have realized the importance of gender budgeting because that alone can bring about a real change when it comes to women’s empowerment. Indeed the merits of gender budgeting cannot be overemphasized. Firstly, there will be greater participation of women in the economy through a conscious effort to increase these levels through government policies. Equal representation of women and men in the workforce can have a great positive impact on the economy too. According to the International Monetary Fund, the GDP in India could be boosted by 27% if women had the same opportunities as men.

But gender budgeting is a complex process because it aims to restructure the existing social, political and economic mechanisms of the country. Since the inclusion of a gender budgeting statement in 2005, India has taken some concrete steps towards pushing for that equality. However, this hasn’t been a smooth process. For example, the Integrated Child Development Scheme (ICDS) had given 100% allocation for women. However, this scheme benefited both male and female children. How this can be corrected requires strategic thinking.

Gender budgeting may be complex but it is necessary for these actions to take place to increase gender responsiveness of both the State and Central governments. One would like to believe that the women MPs would give this noble idea a huge push but it seems that they are still not aligned as women but are more driven by partisan considerations. Even the 33% reservation for women in Parliament and State Assemblies has been stonewalled and women are themselves not pushing this issue further. India as a nation still has a long way to traverse the barriers for achieving gender equality. So much for women’s empowerment and for the tokenism called International Women’s Day! 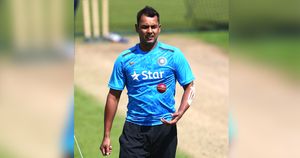 I’m going to focus my attention on Northeast: Stuart Binny