Perennial flooding in Assam can be managed through storage and diversion; India has the manpower to do it without help from the outside world. What India lacks is the political will and long-term planning. Immediately after independence, India took help from the outside world to build dams and IITs and others. India has developed manpower now even to send rockets to the moon. And flood control is no rocket science. The Indian organization called WAPCOS is doing such projects in other countries in Asia and Africa.

The Brahmaputra Board has existed since the late 70s, yet nothing concrete has been done regarding the flood reduction issues except simply building non-standard levees that were bound to fail.

Instead of flood control, one will prefer to use the term ‘flood risk reduction’. No matter what you build to control floods, Mother Nature has a way to always overtop it. That is exactly what happened in Houston, Texas, USA in 2017. The system was built to protect the City of Houston from 100-year flood; however, Hurricane Harvey dumped rain for five days estimated to be a 1000-year storm. That is why the term ‘flood risk reduction’ is preferred now. We need to reduce the risk of frequent floods in Assam.

To tell the truth, the current Central and State governments are exacerbating the flood situation in Assam through building hydroelectric dams without any consideration for flood control downstream. The hydroelectric dams on the tributaries originating from Arunachal Pradesh will create flood havoc in Assam. Frequent flooding downstream of dams in Lakhimpur (Ronganadi dam) and Nalbari and Barpeta districts (Kurishu dam, Bhutan) are for everyone to see.

Having worked for the Bureau of Reclamation, the USA with 476 dams including Hoover dam on the Colorado river, one would say they never flood the downstream areas. These dams are multipurpose dams for irrigation, water supply, flood control and hydropower generation. Water is released before the flood season begins to make space for flood water storage during the rainy season. Those dams in Bhutan (built by India) and on the Assam-Arunachal border are built only to generate electricity. There is no flood storage, and the dams have to release water during the rainy season causing downstream floods.

Narendra Modi and Rajnath Singh promised to stop construction of the Subansiri dam while campaigning for the 2014 Lok Sabha election in Assam when the people were opposed to dam building without consideration for downstream impact. After getting political power, the BJP-led Central and State governments have now hastened the dam construction in Arunachal as well as the Assam border – Siang (10,000 MW), Dibang (6,000 MW), Kameng and Subansiri to name a few without any consideration for flood storage. One can bet all these dams will further exacerbate the flood situation in Assam.

It is time for the people to demand multipurpose dams for irrigation, water supply, power generation including flood control. Dams need to be built in the tributaries to control water flow to the Brahmaputra during the rainy season. Flows from these dams have to be regulated to release in a controlled manner to reduce floods in Assam. But the current dams are built with private funds for corporate profit with producing electricity; flood control has little value for these operators, notwithstanding the possible devastating consequences to the downstream people.

The Assam Government can ask the Central Government to consider flood storage, but in the last five years, both the Central and State governments provided lip service on flood control by promising dredging of the Brahmaputra which is a big lie based on this author’s 30 years of flood control experience in the USA. Dredging is very expensive and dredging the Brahmaputra for flood control is a pipe dream. The Mississippi river is dredged to maintain a channel for the barge traffic; the same can be done for the Brahmaputra for navigational channel. This author is currently working on dredging a small river Arroyo Colorado (similar to the Kolong in Assam) at a cost of $9 million for seven miles, the width of the river is only about 150 feet compared to many miles for the Brahmaputra.

The Brahmaputra being a trans-boundary river, cooperation among China, India and Bangladesh is important for water sharing and flood control. There needs to be a treaty on water sharing among these countries; it is surprising we do not have one even after more than 70 years of independence. If India can have a water sharing treaty with Pakistan, why not with China? India can leverage its trade with China to make such a water sharing treaty for the Brahmaputra. The USA has treaties with Canada and Mexico for trans-boundary rivers. For example, Rio Grande has water sharing agreements among three USA states (Colorado, New Mexico and Texas) as well as a water sharing treaty between the USA and Mexico. The Rio Grande flood is controlled through two main stem dams (Amistad and Falcon) as well as diverting flood water to both countries during flood season. The Arroyo Colorado dredging is a part of the USA floodway to divert the Rio Grande water during the flood season. Assam also needs agreements with the neighbouring States to control flows to the valley. Otherwise, with the building of dams in Arunachal, Assam will get very little flow during the dry season and a lot of unwanted water during flood season.

For flood control, Assam needs both structural as well as semi-structural approaches. The structural approach includes storage dams and levees; storage reservoirs in the tributaries are preferred over main stem reservoirs; reservoirs along the Brahmaputra if constructed have to be done with caution without drowning Majuli or other low-lying areas. Diverting water from the tributaries to adjoining beels will create extra storage. Again, these beels can be used for fishery and water sports as tourist attractions. Beels have lost their storage capacity due to encroachment and sediment deposition. The MGNREGA can be used to spruce up the beels.

The semi-structural approach includes land use regulation, selective dredging to clear channels, comprehensive watershed management to arrest erosion, stopping deforestation, planting on barren lands, restricting developments inside the floodplain. Building in flood-prone areas has to be regulated at certain heights similar to chaang ghar by the Mishing tribes. The current band-aid approach of building non-standard levees just before the flood is bound to fail.

What Assam needs is a visionary leader with a political will to execute the flood control strategies; simple lip service before the election will not help. All the flood control planning with various scenarios can be simulated in computer models easily before construction. Apart from Central and State funds, a minimal fee based on land holding can also yield funds for flood control – that is how some states in the USA raise money for water management.

This article has been written by - Dr Apurba Borah 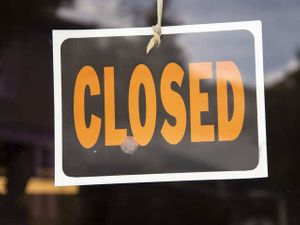 Guwahati Restaurants Likely to Close Down For Two Days