Farmers will get justice: Ramdas Athawale on Budget

New Delhi, Feb 1: Lauding the Union Budget presented by Finance Minister Nirmala Sitharaman, various political leaders on Monday emphasized that the announcements are for the benefit of the farmers.

Union Minister Ramdas Athawale said that the budget assured "increased allocation" for the farmers. "Farmers and labourers will get justice," he said.

Amid the farmers' protest against the three contentious agri laws, the Finance Minister on Monday assured commitment to the Minimum Support Price and the Agricultural Produce Market Committees in her Budget presentation.

He added: "Overall, the budget took care of every section of the society, especially the senior citizens. It is a very welcome budget."

The Congress, however, criticised the Centre for failing to address the farm issues and termed the Union Budget as 'Kisan Vidrohi'.

Ahead of the Budget, Congress had sought the repeal of the farm laws and more expenditure. Party leader Rahul Gandhi had said, "Support MSMEs, farmers and workers to generate employment, and increase healthcare expenditure to save lives. Increase defence expenditure to safeguard borders."

The announcement made by the government to strengthen the APMCs in the budget is quite significant given the ongoing farmers' agitation against the three new farm laws introduced last year by the Central government.

Thousands of farmers, mainly from Punjab, Haryana, Uttarakhand and Uttar Pradesh have been protesting at Delhi's borders for more than two months seeking repeal of the laws and a legal guarantee of the MSP. 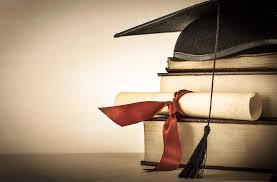