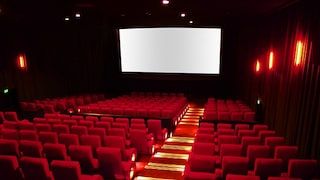 Mumbai, Jan 31: Film exhibitors, producers and cinema hall owners on Sunday hailed the Centre’s decision to permit movie theatres across the country to operate at 100 per cent capacity from February 1.

The insiders said the move would help the industry  recover from the coronavirus pandemic-induced losses.

Adequate physical distancing, mandatory face masks and sanitisation of auditorium after every screening are among the latest SOPs issued by the Ministry of Information and Broadcasting on Sunday, after the government allowed cinema halls to operate at 100 per cent occupancy from Monday.

Digital booking of tickets and staggered show timings to avoid crowding will be encouraged, the minister said, releasing a set of the Standard Operating Procedures (SOPs).

The Producers Guild of India, headed by producer Siddharth Roy Kapur, took to Twitter and wrote that lifting of the occupancy cap was a necessary step to revive the industry.

“We welcome the decision of @MIB_India to allow 100% capacity in cinemas from February 1 and extend our sincere gratitude to Honourable @PrakashJavdekar ji and everyone involved in facilitating this important step in our industry’s recovery,” the Guild tweeted.

The Multiplex Association of India also took to Twitter and shared that they were grateful to Javadekar for the decision and thanked actor-BJP MP Sunny Deol for his support.

“We are deeply grateful to Hon. Minister @PrakashJavdekar & @MIB_India for allowing 100% seating capacity in Cinemas from 1 Feb. We would like to extend our gratitude to Hon. MP @iamsunnydeol for his leadership and support,” the tweet read.

According to new guidelines, no film shall be allowed to screen in containment zones and states and union territories may consider “proposing additional measures” as per their assessment.

Post lockdown, the Centre had allowed reopening of theatres and multiplexes in several regions, including Delhi, parts of Madhya Pradesh and Gujarat on October 15, 2020 with 50 per cent occupancy, functioning with stringent dos and don’ts, keeping in view the new normal.

Gautam Dutta, CEO, PVR Limited, said allowing 100 per cent occupancy in cinema halls would give the multiplex industry a “much needed boost.”

“This move would give confidence to the producers to release their much awaited films and audiences to return to the cinemas to watch their choicest movies in the company of their loved ones,” Dutta said in a statement.

Tandon said the decision would now encourage producers to roll out their release slate of films.

“This would ease the apprehensions in the minds of content producers and studios, who may now announce the release dates of their movies. We now look forward to the State Governments to provide us the nod to implement the revised guidelines,” Tandon said in a statement. – PTI 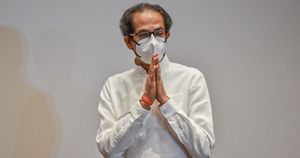 2 Deputy CMs lash out at Thackeray for raising border issue 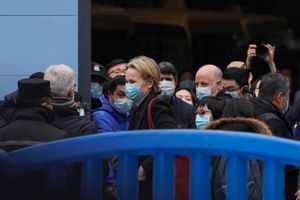