Most people occasionally feel low and disheartened. This is a normal human reaction to experiences that are stressful or upsetting. When these feelings continue over a period of time, or take over and get in the way of our normal daily lives, it can become an illness. This illness is called depression. In fact, it is one of the most common emotional problems around the world; however, the good news is that it is also one of the most treatable.

There is no one single factor that leads to the onset of depression. Genes and family circumstances can determine whether someone is likely to be more susceptible to depression, but, there are also many other factors that can act as potential triggers which may prompt depression – one of which is that of the pressure of modern life on young people.

In our society, young people are fed information which puts pressure on them to meet certain needs that are often unrealistic. They are inundated with ideas as to how they are meant to look, what they are meant to have, and how they are meant to behave, all based on the assumption that this is important in life. If young people feel that they do not meet these projections that are portrayed to them via social media or their peers, they fear they will be looked upon as being ‘different’, or not ‘good enough’. If this is not dealt with appropriately, it can lead to depression as well as problems with self-esteem and confidence.

Schools can be a positive setting for learning, growth, and development of young people, but it can also be a place where young people struggle in terms of fitting in, keeping up with the work load, performance pressures, and exam stress. Bullying is also an issue that, unfortunately, affects many young people – affecting a person’s mental and physical health. It can lead to anxiety, low self-esteem, and poor concentration. The transition from one school to another, or the leaving of school can also act as a trigger for the onset of depression.

People in the age group of 10-24 years are characterised by growth and development, and it is a phase of vulnerability which is often influenced by several intrinsic and extrinsic factors that affect their health and safety.

For young people, the biggest trigger for causing depression, research reveals, is loneliness. While they chase individual aspirations, the need for a collective consciousness or the acknowledgement of the role of the society and community around us must be remembered during this pursuit. The WHO’s definition of mental well-being, in fact, also includes the ability to “contribute to the community” as a key indicator of wellness.

The Indian society is inherently prone to placing conventional pressures on children. A key cause for this is parental anxiety as most Indian parents want their children to take up career paths that guarantee a stable and hefty salary, or get their children married off by a certain age. However, it also remains a concern that children often succumb to such pressure and do not try to convince their parents of their ability to take the less-trodden path or to choose a partner of their liking.

While considering this, an important thing to remember is that support systems for fighting depression and other conditions are not tailor-made. In the end, it boils down to an individual’s ability and willingness to take in only the good. Most of India’s young population is on the edge, trying in vain to create an uber-successful life for which they often have to forego mental peace.

This would be a good time to remind ourselves that according to the National Mental Health Survey (NMHS), 15 per cent of Indian adults “are in need of active interventions for one or more mental health issues”. Even though we might not admit it, mental health is a matter we seldom address adequately.

Those suffering from mental illness could be more vulnerable to internal confusion. And, the most terrifying of all, they are burdened with shame at the thought of what others will think if they know that they have been experiencing mental health issues. As we know, shame and fear are a lethal combination when it comes to making people suffer and cover up mental health issues. Sometimes, it leads them to overcompensate for their issues.

Anxiety, panic attacks, anger management issues, adjustment disorders, suicidal intentions and addictions are all behaviours that we see on the rise. However, with the help of family members and counsellors, mental morbidity among children can be effectively handled. The active participation from policy makers and stringent quality control on mental health support systems will lead to a healthier population. Currently, India has the maximum number of depressed people in the world, but timely intervention can definitely help future generations. 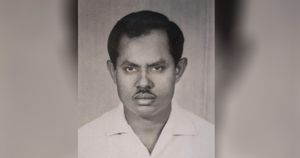