Electronic waste or e-waste is one of the rapidly growing problems of the world. E-waste comprises a multitude of components, some containing toxic substances that can have an adverse impact on human health and the environment if not handled properly. Electronic waste is a name given to any piece of electronic equipment that is at the end of its useful life. E-waste broadly covers waste from all electronic and electrical appliances and comprises items such as computers, mobile phones, digital music recorders/players, refrigerators, washing machines, televisions and many other household consumer items. This includes used electronics which are destined for reuse, resale, salvage, recycling or disposal. Others are reusable (working and repairable electronics) and secondary scrap.

E-waste has been categorized into three main categories, i.e., large household appliances, IT and telecom, and consumer equipment. Refrigerators and washing machine represent large household appliances; PC, monitor and laptop represent IT and telecom, while TV represents consumer equipment. Each of these e-waste items has been classified with respect to 26 common components found in them. These components form the ‘building blocks’ of each item and therefore they are readily ‘identifiable’ and ‘removable’.

The term ‘electronic pollution’ is a new word which comes from the improper disposal of e-waste. Electronic pollution is the form of pollution caused by the discarded electrical or electronic devices. Informal processing of e-waste in the developing countries can lead to adverse human health effects and environmental pollution.

With the usage of electrical and electronic equipment (EEE) on the rise, the amount of e-waste produced each day is equally growing enormously around the globe. Recycling of valuable elements contained in e-waste such as copper and gold has become a source of income mostly in the informal sector of the developing or emerging industrialized countries. However, primitive recycling techniques such as burning cables for retaining the inherent copper expose both adult and child workers as well as their families to a range of hazardous substances. E-waste-connected health risks may result from direct contact with harmful materials such as lead, cadmium, chromium, brominated flame retardants or polychlorinated biphenyls (PCBs), from inhalation of toxic fumes, as well as from accumulation of chemicals in soil, water and food. In addition to its hazardous components, being processed, e-waste can give rise to a number of toxic by-products likely to affect human health. Furthermore, recycling activities such as dismantling of electrical equipment may potentially bear an increased risk of injury.

Children are especially vulnerable to the health risks that may result from e-waste exposure and, therefore, need more specific protection. As they are still growing, children’s intake of air, water and food in proportion to their weight is significantly increased compared to adults, and with that, the risk of hazardous chemical absorption. Further, their bodies’ functional systems such as the central nervous, immune, reproductive and digestive systems are still developing and exposure to toxic substances, by hampering further development, may cause irreversible damage. Many children are exposed to e-waste-derived chemicals in their daily life due to unsafe recycling activities that are often conducted at their home, either by family members or by the children themselves. Furthermore, children may be exposed through dump sites located close to their homes, schools and play areas.

The consequences of improper e-waste disposal in landfills or other non-dumping sites pose serious threats to current public health and can pollute ecosystems for generations to come. When electronics are improperly disposed of and end up in landfills, toxic chemicals are released, impacting the earth’s air, soil, water and ultimately, human health.

Contamination in the air occurs when e-waste is informally disposed of by dismantling, shredding or melting the materials, releasing dust particles or toxins, such as dioxins, into the environment that cause air pollution and damage respiratory health. E-waste of little value is often burned, but burning also serves a way to get valuable metal from electronics, like copper. Chronic diseases and cancers are at a higher risk to occur when burning e-waste because it also releases fine particles, which can travel thousands of miles, creating numerous negative health risks to humans and animals.

When improper disposal of e-waste in regular landfills or in places where it is dumped illegally, both heavy metals and flame retardants can seep directly from the e-waste into the soil, causing contamination of underlying groundwater or of crops that may be planted nearby or in the area in the future. When the soil is contaminated by heavy metals, the crops become vulnerable to absorbing these toxins, which can cause many illnesses and make the farmland less productive.

After soil contamination, heavy metals from e-waste, such as mercury, lithium, lead and barium, then leak through the earth even further to reach the groundwater. When these heavy metals reach the groundwater, they eventually make their way into ponds, streams, rivers and lakes. Through these pathways, acidification and toxification are created in the water, which is unsafe for animals, plants and communities even if they are miles away from a recycling site.

The negative health effects of the toxins from e-waste on humans include brain, heart, liver, kidney and skeletal system damage. It can also considerably affect the nervous and reproductive systems of the human body, leading to disease and birth defects. Improper disposal of e-waste is unbelievably dangerous to the global environment. To avoid these toxic effects of e-waste, it is crucial to properly e-cycle, so that items can be recycled, refurbished, resold or reused. The growing stream of e-waste will only worsen if not educated on the correct measures of disposal. 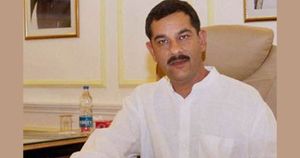