Barpeta, April 5: Barpeta election officer Shashi Kumar Deka was suspended in connection with the theft of Rs 55 lakh from his office chamber, an order from the Chief Electoral Officer of Assam said.

As per the order issued by CEO Nitin Khade on Sunday night, Deka was placed under suspension with immediate effect till the completion of the inquiry.

The district's Assistant Commissioner Gayatri Sarma was given the responsibility of the election officer of Barpeta, which is going to the polls in the third phase on Tuesday.

Two government employees were arrested on Sunday for stealing Rs 55 lakh from the Election Office of the Barpeta district.

Acting swiftly, police have recovered the money from five different places in the district.

The theft was reported on Saturday morning, the district election officer said in a statement.

The amount of Rs 55 lakh was withdrawn on April 2 and kept in a trunk at the chamber of the election officer for distributing it as remuneration, refreshment and other purposes among the poll personnel going for duties for the third phase of voting on April 6.

Assam gears up for final phase of polling on 40 seats 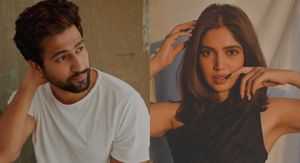