GUWAHATI, April 8: While swimming against the tide amid the rapid changes taking place as part of growing urbanisation may not always be possible, certain things, however, remain unchanged with the commitment to preserve their legacy. In Guwahati, one such example is the iconic Assam-type house by the eastern side of the Latasil playground.

Most importantly, the iconic structure that has held its ground proudly amid the concrete-dominated city landscape, is going to complete its 100 years of existence in 2022 and on the auspicious occasion, journalist-turned-filmmaker Utpal Borpujari picked the house and the family as the topic of his seventh cinematic venture Baruar Xongxar (House of Baruas).

Borpujari has already completed the first schedule of shoot for the documentary produced by Nayan Prasad, Bhaben Baruah, Sanjeev Ingty and Dibyajyoti Saharia.

“This will be the story of the iconic house and its denizens. The Baruas are surely the only family in Assam, and perhaps in entire India, that has produced so many noted personalities in fields as diverse as cinema, music, sports and politics. The idea behind the film is to audio-visually document the family’s contributions to these fields and present them before the world,” said Borpujari while addressing a press conference here today.

The house was constructed by engineer Chandradhar Barua from Bihdiya village located near Baihata Chariali in 1923 with a mix of materials imported from the UK as well as sourced locally.

In the sporting arena, Girin Barua shone as a cricketer and represented Assam in the Ranji Trophy for 15 years, including as captain, while D’pen Barua played in the Ranji Trophy and even captained the junior East Zone team before the songs of Dr Bezbarua made him an overnight sensation in 1969, leading to a shift to a singing career.

On the other hand, Nip Barua played football and captained Assam in the Santosh Trophy even while making films. Girin Barua’s son Anshuman Barua who has made two feature films, also represented Assam in junior level cricket. Brajen Barua’s daughter Monami Bezbarua, who played the lead in Sanjeev Hazorika’s acclaimed feature film Meemangxa, has directed and produced several TV serials over the years.

The documentary is likely to release in 2022 when the house will enter its 100th year of existence. The research for the project has been done by Manaswinee Mahanta, while it will be edited by Jhulan Krishna Mahanta. Other crew members of the project include Debajit Gayan who will do sound design and re-recording mixer and cinematographer Rituraj Shivam and Nayan Jyoti Bhuyan will do the work of production sound mixer. 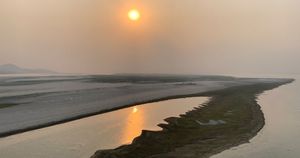 Assam Flying Club’s administration will be looked after by govt, says HC