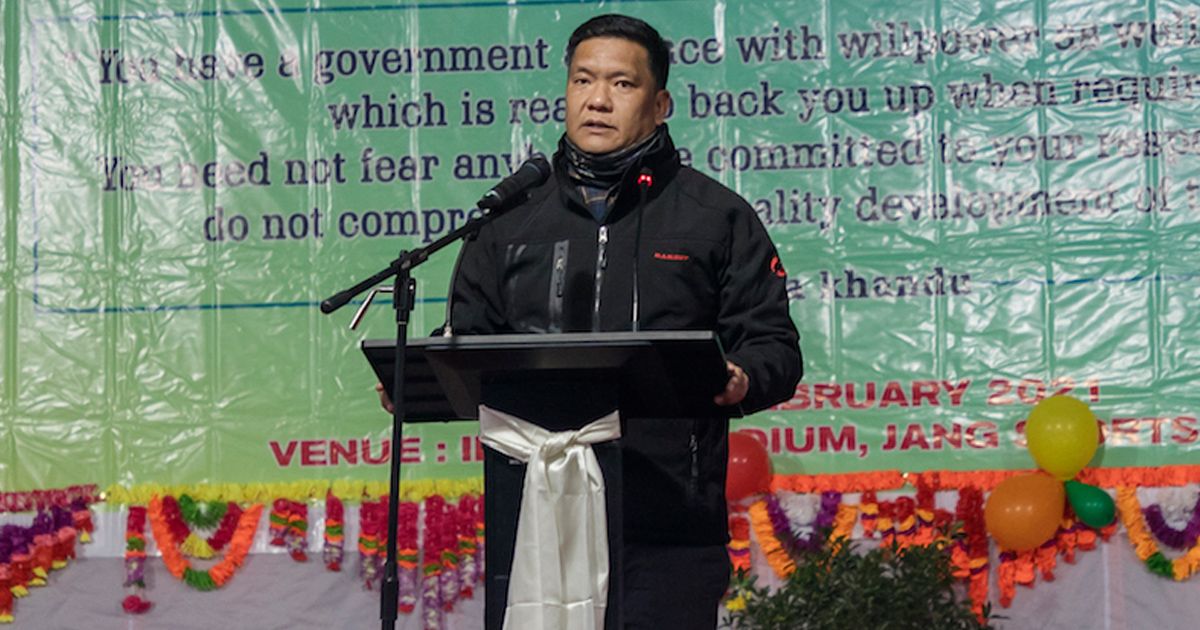 ITANAGAR, Feb 8: Arunachal Pradesh Chief Minister Pema Khandu reiterated that developmental projects will never be thrust upon the people but will happen only with their consent and cooperation.

“It is a fact that developmental projects bring with it job opportunities and economic activities that benefit the locals. However, we will never impose such projects. It is the will of the people to accept such proposed projects or reject it,” Khandu said while addressing a developmental meeting at Jang under his home constituency, Mukto, on Monday.

He was referring to proposed hydropower projects in Tawang district, which are yet to take off due to various reasons while responding to concerns raised by panchayat and local leaders of the constituency on the delay.

Khandu acknowledged the concerns and admitted that power shortage in the district has been a major impediment in development of the region. He informed that earlier in the day, the All Tawang District Students’ Union (ATDSU) had also approached him with the same concern and appealed to the government to fast-track power projects in the district.

“I have been crystal clear from the very beginning. My doors are always open for dialogue and discussion on any development related projects,” he said.

Khandu lauded the hardworking nature of the locals sustaining in difficult terrains but said that as resources are scarce, it is necessary to judicially and optimally utilize whatever resource available.

Congratulating the newly elected Panchayat members of his constituency, he said that they have the most important role to play in developmental activities and therefore should be constantly active.

“I have already announced that more powers will be conferred on PRIs during the forthcoming Budget Session. However, all panchayat members have to go through a mandatory training program for better implementation of schemes and utilization of their power and functions,” he informed.

He further advised the BJP office bearers of the constituency to be active and vigilant so that government schemes are implemented judiciously while ensuring that benefits reach to the last man in the queue. Three dead, one injured in road mishap at Patharkandi