Manipur: Cash reward for info on person who lobbed grenade at media house

Imphal, Feb 18: Manipur Police Department has announced a cash reward of Rs 50,000 to any individual who provides information leading to the arrest of the unknown person who lobbed a hand grenade inside the gate of a media house in Imphal.

The Public Relations Officer of the Manipur Police Department issued a press release in this regard on February 16.

On February 13, at about 6.38pm, an unknown woman suspected to be a member of valley based extremist organization who came on a numberless while Active scooter lobbed a hand grenade inside the gate of Poknapham/The Peoples Chronicle media house in located at Keishampat Thiyam Leirak (in Imphal) to cause loss of human lives and damage to valuable properties, the release said. Poknapham is a local vernacular while The People’s Chronicle is its sister publication.

A case under FIR Number 16(2)2021 Imphal Police Station has been registered, it added.

On February 16, Manipur Chief Minister N Biren Singh had informed the ongoing state assembly that a 4-member SIT(Special Investigation Team) has been constituted to probe into the incident of February 13.

Protesting the February 13 incident,the journalists fraternity in Manipur under the aegis of All Manipur Working Journalists' Union(AMWJU) and Editors' Guild Manipur(EGM) continued their stir demanding their safety and security. 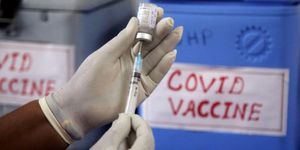