Notwithstanding the peace achieved vis-a-vismilitancy in the State in the last one decade, sporadic acts of violence by the ultra outfits remains a serious concern. In the latest such incident, a surrendered rebel leader was killed by members of a rival outfit in Dima Hasao district. This comes close on the heels of the abduction of two oil firm executives by the ULFA (I) which has now issued an ultimatum over ransom. These are disturbing developments and have the potential to disrupt normal functioning of trade and commerce and hinder private investment in the State, not to mention the fear caused to the general public and the disrepute it brings to the State. For long Assam and other parts of the Northeast have been associated with insurgency and the tag refuses to disappear even though most of the Northeast today are as peaceful as any other peaceful parts of the country. The Government, therefore, has to be firm in tackling insurgency so that the militancy-induced bad name linked to the region is removed. This should not be any Herculean exercise, given that all the major militant outfits in the State barring the ULFA (I) have entered into peace agreements with the Government. The authorities need to be firm in checking acts of violence by the few smaller outfits and drive home the message that militancy does not pay. Failing this, ultra outfits will only continue to operate with audacity and impunity. There is also a need to boost intelligence and improve follow-up action.

While the State Government is pursuing a peace process with a number of separatist militant outfits such as ULFA, NDFB, DHD, etc., the process is falling short of yielding the desired results because one faction or the other of all those engaged in dialogue continues to wage a battle with the Government. The Government needs to act firm on such acts of violence perpetrated by these underground factions even while offering the olive branch to them in a bid to bring them to the negotiating table. Then, the ongoing peace talks must be rounded up within a stipulated time frame and the ultras, particularly the leaders, made to join the mainstream as law-abiding citizens. Once the militants have come over-ground to join the mainstream, they must not be allowed to turn into a nuisance or menace for society. Unfortunately, they seem more interested in running illegal syndicates using intimidation and force. The over-ground militant groups like the pro-talk ULFA or the NDFB have substantial organizational strength and manpower, and this they should use in productive activities that can also inspire the youth to emulate. Finally, any pragmatic approach aimed at defeating insurgency – apart from having a foolproof security mechanism – has to address the relevant socio-economic concerns. A purely military-centric stance is unlikely to be any long-term cure; rather it could well prove to be counterproductive if the core issues of underdevelopment and unemployment are left unaddressed. 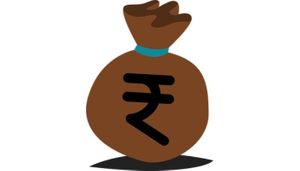 How expensive is India’s vaccine diplomacy?