Without being strident, Rohena Gera’s Sir chronicles an unusual yet riveting story of two personalities who come from diverse backgrounds. The story is about Ratna (played by Tillotama Shome), a widowed domestic worker who develops an affinity towards her employer Ashwin (Vivek Gomber), who is just back from the US after breaking ties with his fiancé.

How they rediscover themselves as they come closer romantically despite their class difference makes for an engaging run of play, devoid of any melodrama. What stands out is the director’s ability to lend a subtle touch to the storytelling process which keeps tugging at your heart strings. The Netflix film captures the rawness and complexity of life in a touching manner, thereby engaging both the mind and the soul of the audience.

Whether or not they manage to break free to bring their affection to a logical conclusion amid social prejudices is what the movie is all about. Although the pace of the movie is somewhat slow, it never goes off the radar and maintains a linear approach all throughout.

The best part of the film is that, at no point, does the director go overboard or try to force the issue. Instead, it effectively brings into play the varied layers of human emotions which are seamlessly woven into the narrative.

Tillotama Shome’s portrayal of Ratna is one of the highlights of the movie, with her character coming across as strong yet restrained. Vivek Gomber, too, impresses with his acting prowess and manages to leave an impression. Backed by quality content which is the warp and woof of the movie, both the lead actors seldom miss a beat. The supporting cast too complements the lead actors well. 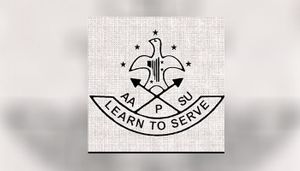