China Announces Sanctions On 28 US Individuals Including Pompeo

China has decided to sanction 28 US individuals, including former Secretary of State Mike Pompeo, for seriously violating Beijing's sovereignty, a Foreign Ministry spokesperson announced on Thursday.
The announcement came a day after Joe Biden was sworn in as the 46th President of the US on Wednesday. Former President Donald Trump did not attend the ceremony.
Besides Pompeo, the other individuals include Peter Navarro (incumbent Director of the Office of Trade and Manufacturing Policy), Robert O'Brien (former National Security Adviser), David R Stilwell (former Assistant Secretary for the Bureau of East Asian and Pacific Affairs), Matthew Pottinger (former Deputy National Security Advisor), Alex Azar (former Secretary of Health and Human Services), Keith J Krach (incumbent Under Secretary of State for Economic Growth, Energy, and the Environment), and Kelly Craft (former Ambassador to the UN), John Bolton (former National Security Advisor) and Stephen K Bannon (former White House Chief Strategist), Xinhua news agency reported.
The spokesperson said that these individuals "have been mainly responsible for a series of crazy US moves on China-related issues".
"These individuals and their immediate family members are prohibited from entering the mainland, Hong Kong and Macao of China.
"They and companies and institutions associated with them are also restricted from doing business with China," the spokesperson said.
"Over the past few years, some anti-China politicians in the US, out of their selfish political interests and prejudice and hatred against China and showing no regard for the interests of the Chinese and American people, have planned, promoted and executed the crazy moves which have gravely interfered in China's internal affairs, undermined China's interests, offended the Chinese people, and seriously disrupted China-US relations," the Foreign Ministry said in a statement.
"The Chinese government is firmly resolved to defend China's national sovereignty, security and development interests," the spokesperson added. - IANS 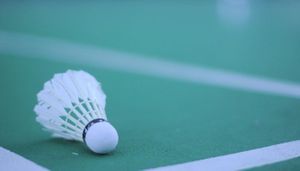 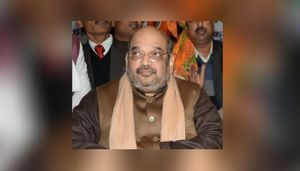