New Delhi, Jan 25: Faced with the problem of circulation of rumours about the efficacy of COVID-19 vaccines, the Centre has asked the states to check the spread of such misinformation and advised them to take penal action against those who are found to be involved in dissemination of wrong and ill-informed news.

In a communication to chief secretaries of all states and UTs, Union Home Secretary Ajay Bhalla also strongly emphasised that the National Regulatory Authority in the country has found that the two vaccines – Covishield, manufactured by the Serum Institute of India, and Covaxin, developed and manufactured by the Bharat Biotech Limited – were safe and immunogenic.

The Central government, in close collaboration with the state governments and UT administrations, has launched the inoculation drive of COVID-19 vaccination from January 16 across the country with the two vaccines.

The Union Home Secretary said healthcare workers and frontline workers are being inoculated as per the priority decided by the National Expert Group on Vaccine Administration for COVID-19 (NEGVAC), and subsequently the priority groups 2 and 3 will be vaccinated.

“I would like to strongly emphasise that the National Regulatory Authority in the country has found both the vaccines safe and immunogenic. However, it has been reported that unfounded and misleading rumours are circulating on social and other media, creating doubt about the safety and efficacy of these vaccines.

“Such kind of rumour mongering, particularly by vested interests, can create unwarranted doubts among people at large, and there is, therefore, a need to check all such kinds of unfounded scare mongering relating to the safety and immunogenicity of the vaccines, the communication said. – PTI 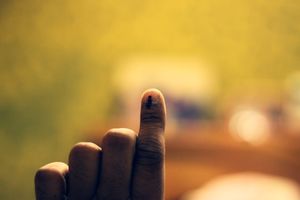