NEW DELHI, Feb 14: The Ministry of Road Transport & Highways has decided that all lanes in the fee plazas on national highways shall be declared as :FASTag lane of the fee plaza” with effect from midnight of February 15-16, and vehicles without a valid FASTag would be charged double the toll.

“As per NH Fee Rules 2008, any vehicle not fitted with FASTag or vehicle without valid, functional FASTag entering into the FASTag lane of the fee plaza shall pay a fee equivalent to two times of the fee applicable to that category,” an official statement said.

The ministry has clarified that this has been done to further promote fee payment through digital mode, reduce waiting time and fuel consumption, and provide for a seamless passage through the fee plazas.

The Ministry had mandated fitment of FASTag in ‘M’ and ‘N’ categories of motor vehicles with effect from January 1, 2021.

Earlier, Union Transport Minister Nitin Gadkari today said the deadline for implementation of FASTag would not be extended further, and the vehicle owners should immediately adopt the e-payment facilty.

Replying to a query on FASTags, Gadkari said the government had extended FASTag registration date limit two-three times before and now it would not be extended further. Now, everybody should immediately buy FASTags, he added.

The FASTag registration has gone up to 90 per cent on some routes and only 10 per cent people are left. FASTag is also available on toll nakas and people should purchase and use it for seamless traffic, he told reporters at the Nagpur airport. – Agencies 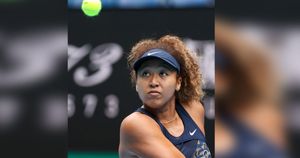 Down but not out, Serena into Aus Open quarters