New Delhi, Jan 29: The Budget Session of Parliament commences on Friday and business of both the Houses will begin with President Ram Nath Kovind's address at 11 a.m. The session is being held in two parts this year due to Covid-19 pandemic.

Following tradition, the President will address the joint sitting of Parliament at the Central Hall. The speech highlights the government's plan and policy vision for the next financial year.

The president's speech also highlights the work carried out by the government in the past years.

Last year as well, President Kovind had addressed the joint sitting of Parliament from the Central Hall.

The two Houses will meet later separately for the tabling of the President's Address. The Economic Survey will also be tabled in both Houses in this 30-minute sitting after paying obituary references.

The first part of the Budget Session is scheduled to conclude on February 15 while the second part will commence on March 8 and is expected to end on April 8.

Given the Covid-19 outbreak, Parliament will sit in two shifts. The morning session is dedicated to the Rajya Sabha while the Lok Sabha will sit in the evening.

Zero Hour and Question Hour will be held.

All Covid protocols will be followed during this session on the same lines as the Monsoon Session last year.

Finance Minister Nirmala Sitharaman will present the Union Budget at 11 a.m. on February 1.

The Lok Sabha shall hold 12 sittings and during the second phase of the session, there will be 21 sittings of the House. Question Hour, Zero Hour will also be held during this session.

Leader of Opposition in the Rajya Sabha Ghulam Nabi Azad on Thursday said that 16 opposition parties have jointly decided to boycott the President's address over the manner in which the three farm laws were passed.

They have also demanded an independent probe into the Centre's role in the violence that shook the national capital during the farmers' tractor parade on Republic Day.

This is the second time in a row when the opposition is staying away from the Presidential address. Last year, the opposition parties, barring the Bahujan Samaj Party, had staged their own programme in front of the Ambedkar statue, reading from the constitution and preamble in support of those opposing the citizenship law.

This year, the opposition parties, who are divided and fighting each other in the states, will make a joint statement in solidarity with the farmers protesting against the controversial new agricultural laws and other issues to boycott the Presidential address. 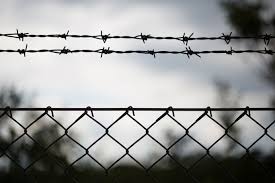 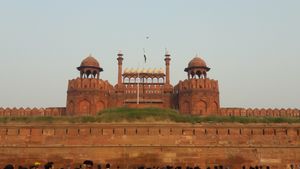