The Indian Government has banned a total 267 Chinese apps in batches accusing them of engaging in activities which are detrimental to the sovereignty and integrity of India. Fifty-nine of them have recently been banned permanently, which include TikTok, Baidu, WeChat, UC Browser, Club Factory, Mi Video and Bigo Live. The Government has taken action against these apps under Section 69A of the IT Act. These apps are accused of misusing data of Indian citizens and engaging in anti-India activities. Thus the IT Act has been used to protect our country’s sovereignty and integrity. But what about our personal data and privacy? We don’t have such laws to protect our privacy. The recent example is WhatsApp’s new privacy policy which will be implemented on us.

WhatsApp was founded in 2009 and was acquired by Facebook in 2014. Since 2017 it started sharing personal data of users to Facebook, but the users had a choice not to opt for it. Facebook is already in the news for breaching user’s privacy. The new policy of WhatsApp, which was supposed to come into effect after February 8 this year, a date which has now been postponed till May, says that it may share user’s data with its parent company Facebook, other companies owned by Facebook and other third party applications. The users have to abide by the new guidelines to continue using the app. This data sharing will be made for commercial purpose and it will benefit various retail organizations including Jio Mart which is a partner of WhatsApp in India. WhatsApp will get all the information of users like their internet protocol (IP) address, browser information, battery strength, signal strength, service provider information, etc., in fact, the Metadata of a user will get stolen.

After the announcement of new privacy policy, WhatsApp users all over the globe got scared and started shifting to other messaging apps. Google has circulated 4000 links inviting people to different private groups. As the controversy was brewing, WhatsApp clarified their stand and assured their users not to worry about their personal data. They came out with full-page advertisements in leading newspapers of India including this one clarifying on their new policy. This again proved that the print media is still the only trusted medium for people across platforms. They clarified that WhatsApp cannot see any private messages nor can hear any voice call. It does not keep logs of who is calling or messaging, it can’t see anyone’s shared location. WhatsApp groups will remain private, it will not share anyone’s contact with Facebook, messages can be set to disappear, etc. They also clarified that WhatsApp chats will remain end-to-end encrypted as earlier.

But whatever may be WhatsApp’s clarified stand, it is crystal clear that with this new policy, they will get to know the total online activity of anyone and everyone; they may not get the access to our personal messages and calls but will get our whole online profile without any government oversight. The general people will become the victim of commercial exploitations and even can face unwanted political campaigns. This new policy will practically lead the users to be under surveillance of Facebook and its group companies. According to some experts, 99% of WhatsApp users in India are least bothered about this issue and do not care about its privacy policy. But some users who have a higher degree of awareness are concerned about this issue and are looking for alternatives. Some users have already been shifted to Signal or Telegram. But are these messaging apps 100% secured as far as our privacy is concerned? Is there any guarantee that they will not play with our privacy in near future? Signal doesn’t have any data centre; it is a cloud-based app. It also requires a phone number for verification. Telegram is based in Dubai; earlier it was in Russia but shifted to Dubai due to some operation-related issue.

It is really ironic that WhatsApp’s new privacy policy will not be applicable in the European region because of their data protection law. WhatsApp is legally bound not to share any data of users in the European region. There is a regulation called General Data Protection Regulation (GDPR) in the EU to protect privacy and data of users and WhatsApp is bound to oblige it. The Confederation of All India Traders has moved the Supreme Court seeking a direction to the Government to ban WhatsApp and Facebook. Even the Indian Government has raised questions to WhatsApp regarding protection of personal data and privacy of users. The Indian Government informed the Delhi High Court that the new policy of WhatsApp is totally different in India compared to the European countries. This a cause of real concern. The Central Government has remarked that this is a case of disparity and serious matter. But till date, India does not have any strict law to protect our data and privacy. One attempt to get such a law was the Personal Data Protection Bill introduced in Parliament. This Bill had provisions to protect our privacy. Had this Bill became a law, the new updated WhatsApp policy would have been illegal in India. The Indian users have very limited protection of their privacy which is available under the Information Technology Act, but we need a bold law to protect our privacy and data from any unauthorized commercial use. There should be provisions for imposing hefty fines if such illegalities are caught 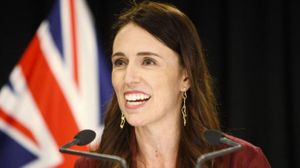 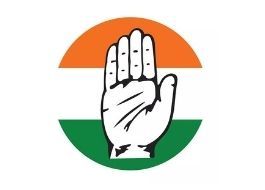