Over the years successive Assam governments have failed not just to accord due protection to the State’s border areas but also cut a sorry figure in expediting the development process in these backward regions. This contrasts sharply with the infrastructure build-up in terms of road and bridges and educational institutions and offices by the neighbouring States in their borderland. Things came to such a pass that Assam’s border inhabitants not far from State capital Dispur had recently gone to the extent of making a formal proposal for ceding to the neighbouring State of Meghalaya in view of the developmental works taking place on the other side of the border. This typifies the sheer exasperation of the border inhabitants who are made to endure an existence of drudgery without even the basic amenities. If this be the state of affairs in areas situated close to the capital, the travails of those living in remote border areas can well be left to imagination. The laxity of the Assam Government has also emboldened miscreants in the neighbouring States to encroach on Assam’s land – including on disputed sections which warrant maintenance of status quo till resolving of the dispute – and erect permanent infrastructure to give legitimacy to their claim on land. While successive Assam governments have made it a habit to bemoan the moribund development process in areas bordering States and nations, unfortunately, this concern has failed to translate into any tangible action on the ground that could have hastened the development process in these areas. As a result, inhabitants of the border areas have remained outside the purview of development even in terms of the basic amenities in most cases.

It is against this backdrop that one needs to view the recent decision of the Meghalaya Government to stop development works in disputed border areas. This is undoubtedly a welcome move given the need for both sides to respect status quo in the disputed segments but at the same time, the two State governments and the Centre need to resolve the border row at the earliest, failing which the inhabitants will perennially remain outside the fruits of development. Indeed, roads and bridges, power, healthcare and education facilities, potable water, security arrangements, etc., are still a far cry for a vast segment of the border populace. A necessary corollary of this deplorable situation has manifested itself in crimes and antisocial activities, with some areas turning into hotbeds of militancy. The strategic location of the areas also acted to the advantage of the militants, as it is easy to cross over to another territory for dearth of security arrangements. While the persistent border row with Nagaland has assumed sinister dimensions, with armed miscreants from Nagaland frequently indulging in mayhem in the border villages of Assam, there has been increasing reports of encroachment on the State’s border areas by Arunachal Pradesh, Meghalaya, Mizoram and West Bengal. 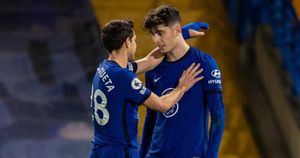