Birds of a feather

Connect with Nature via bird-watching – you will be amazed to know how many beautiful birds surround you, writes Manjusa Choudhury

We have always been amazed by creatures that can fly. Mythical creatures like Jatayu, Garuda, Phoenix, etc., are described as giant birds bestowed with amazing powers. Birds signify many things by their appearance – be it climate change, season change, biodiversity, etc. By observing the birds of one’s locality, one can determine the ecological status of the area. For example, the hornbill is a great indicator of rich biodiversity.

‘Birding’, a term used since 1891, is a form of observation where people watch birds, identify, and count the number of species they spot. The most convenient aspect about birding is that you don’t practically need any equipment, simply be alert of your surroundings, and you are good to go.

The first recorded use of the term ‘birdwatcher’ dates back to 1891. The term ‘birding’ was also used for the practice of fowling or hunting with firearms as in Shakespeare’s The Merry Wives of Windsor (1602): “She laments sir… her husband goes this morning a-birding.” The term “bird watching” appeared for the first time as the title of a book by Edmund Selous in 1901.

Bird watching was developed when organisations like Audubon Society and the American Ornithologists’ Union (AOU) came forward with the proposition of protecting bird species and encouraged watching their daily activities. Networks of bird watchers in the UK began to form in the late 1930s under the British Trust for Ornithology (BTO). The BTO saw potential to produce scientific results through the network, unlike the Royal Society for the Protection of Birds which originated from the bird protection movement, same as the Audubon Society.

To maintain the equilibrium of Nature, natural selection occurs. Natural selection is the process where living organisms adapt and change, and the most suitable for a particular environment will survive. Nature will eliminate some species when needed, but if we quicken it by various means, it will hamper the natural equilibrium. That is why we need to be alert so that we don’t help in the extinction of a species before Nature decides it. Because of the dodo bird’s extinction, the tambalacoque trees had also been pushed towards extinction.

Getting back to birding, once you are aware of your surroundings, you will start to notice many things that will amaze you. I started birding during the Great Backyard Bird Count (GBBC) that has continued for the last three years, and some 40 species were found, among which some are infrequent (fulvous-breasted woodpecker, black-rumped flameback, yellow-footed green pigeon, Eurasian hoopoe, etc.). If you want to start birding, start with the common birds, count how many individuals you found of the species identified and make a note. Online apps can also help maintain an online database of bird observations that can help scientists, researchers, and amateur naturalists to know about bird distribution and abundance.

A good guide book for birding is Birds of the Indian Subcontinent by Carol Inskipp, Richard Grimmett, and Tim Inskipp. Start the process of birding from your surroundings, your locality. Once you get the hang of it, you will be amazed to discover how many beautiful birds surround you yet you had never noticed them before! Most common birds found in Indian urban areas are tree sparrows, house sparrows, house crows, black kites, common mynas, Asian pied starlings, oriental magpie robins, rock pigeons, spotted doves, black drongos, coppersmith barbets, blue-throated barbets, white-breasted kingfishers, etc. If you don’t have a camera to capture the bird immediately, just try to remember the features of the bird. Describe the size on the basis of a very common bird, like a myna. The next step will be the plumage – the colour of the feathers, beak, and legs. The third step is its style of flying – the pattern that it follows in its flight. And, the last one is its call, which I think is the most important one because even if you can’t see the bird, you can identify it by its call.

So, if you want to be productive during the day, do some birding. Be aware of Nature, help maintain the equilibrium! 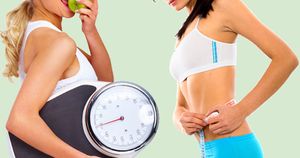