WASHINGTON, Feb 13: The Biden administration is moving to roll back Medicaid work requirements in its latest effort to undo a controversial Trump-era policy.

Federal health officials planned on Friday to inform 10 states that they would revoke permissions granted by the Trump administration to impose such requirements, according to a Biden official who spoke on condition of anonymity to discuss internal plans. Officials were also set to withdraw the past administration’s invitation for states to apply for approval for work requirements.

The move, which was first reported by the Wall Street Journal, follows an executive order Biden signed last month that directed officials to review and remove barriers to Medicaid coverage.

Medicaid is a USD 600-billion federal-state programme that covers about 70-million people, from pregnant women and newborns to disabled people and elderly nursing home residents. Under the Obama-era Affordable Care Act, states gained the option of expanding the programme to many low-income adults previously ineligible. More than 12-million people have gained coverage as a result.

Before the pandemic, nearly 20 states had tried to implement requirements after the administration invited them in 2018 to submit such proposals. A federal judge blocked the requirements in Arkansas and New Hampshire, as well as in Kentucky, before the state’s Democratic Governor reversed course and dropped its requirements. Two other states, Arizona and Indiana, have blocked enforcement or implementation, citing litigation.

“It is unfortunate that President Biden and his administration felt compelled to take steps to withdraw the approval of Arkansas’s work-requirement pilot programme without giving it an opportunity to succeed,” she said in a statement. “The one-size-fits-all Medicaid programme doesn’t work.”

Arkansas was the first state to implement the programme, but a 2020 study conducted by Harvard University health researchers found that in the 10 months before the programme was put on hold by a judge, 18,000 Arkansans lost coverage, and the programme did not increase employment. – AP 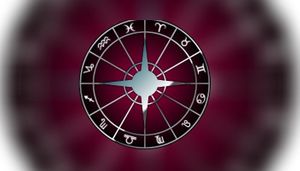