Boloram Orang, a farmer living on the fringes of the Kaziranga National Park, met his fate when a charging rhino attacked him on February 8. On January 31, Maheswar Hazarkia died a tragic death when he was on duty in the Agaratoli range of the National Park. He, too, was attacked by a rhino. Last month, an Asiatic water buffalo, that came out of the Sixth Addition of the Park on the North Bank, attacked two villagers in Biswanath Chariali. Both died on the spot.

There had been similar incidents in the past too. These incidents have become grim pointers in our conservation strategy and call for an in-depth behavioural study of the animals. Wildlife – even in protected territories – have to undergo a huge level of stress due to overwhelming changes in their habitat. Events like floods, destruction in habitat, barriers on migrating routes, shortage of food and water, intervention and intrusion in defended territories during breeding irk animals at the slightest provocation.

Conservationists are of the opinion that ‘wildlife tourism can jeopardise the integrity of ecosystems in general and wildlife population dynamics in particular’. In India, although we have strict legislation, our tourism policies continue to intervene with wildlife conservation strategies. Tourism activities in wildlife areas have outweighed important factors like the ecological sensitivity of wildlife habitats, seasonal vulnerability of wildlife (breeding, nesting, rearing, nursing etc.), an animal’s individual characteristics and also its adaptability to human-induced disturbances. It needs to be remembered that only an exclusive four per cent of India’s landmass has been set aside as “protected areas” and the basic purpose of this has been conservation.

The New Wildlife Action Plan 2017-2031 (NWAP) of India emphasises landscape approach to conservation and reduction in human-wildlife conflict. The policy sets to directly affect India’s land areas, its wildlife population, and the lives and livelihoods of millions living in and around forested tracts. However, NWAP lacks vision as it doesn’t offer any analysis of what the pressures are on protected areas or the presumption that wildlife can be conserved under all kinds of development and sustainable use schemes. That wildlife requires inviolate space, has been ignored which is a serious lapse and tends to stall this otherwise ‘improved’ plan that carries a promise of becoming the catalyst for much needed change in wildlife conservation. 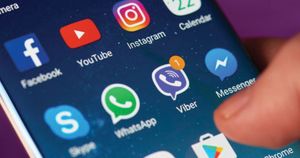