Technology giant Apple has suspended US-based microblogging platform Parler, where most of the supporters of outgoing President Donald Trump are shifting their base, from its Play Store, asserting that there is no place on its platform for threats of violence and illegal activity while e-commerce major Amazon also removed the social network favoured by conservative politicians.

The move comes a day after Apple warned Parler, saying it has received numerous complaints over objectionable content in its services, accusations that the Parler app was used to plan, coordinate and facilitate illegal activities in Washington DC on January 6 that led (among other things) to loss of life, numerous injuries and the destruction of property.

“We have always supported diverse points of view being represented on the App Store, but there is no place on our platform for threats of violence and illegal activity,” Apple said in a statement to The Hill newspaper.

“Parler has not taken adequate measures to address the proliferation of these threats to people’s safety. We have suspended Parler from the App Store until they resolve these issues,” Apple was quoted as saying.

Parler has a significant user base of Trump supporters and conservatives. Meanwhile, Amazon also suspended Parler from its Amazon Web Services (AWS), which comes into effect from Sunday.

“Recently, we’ve seen a steady increase in this violent content on your website, all of which violates our terms. It’s clear that Parler does not have an effective process to comply with the AWS terms of service,” AWS Trust and Safety team told Parler Chief Policy Officer Amy Peikoff in an email as reported by Buzzfeed.

“We cannot provide services to a customer that is unable to effectively identify and remove content that encourages or incites violence against others. Because Parler cannot comply with our terms of service and poses a very real risk to public safety, we plan to suspend Parler’s account effective from Sunday, January 10, at 11:59 pm Pacific Time,” the email read.

The move by the companies came after Twitter permanently suspended Trump’s account due to “risk of further incitement of violence”.

A day earlier, Google banned Parler from its Play Store. 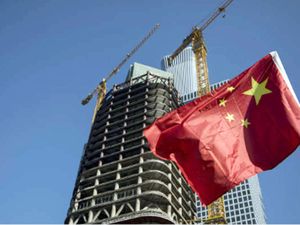 IMF says China recovering fast ahead of most big economies