Veerannapalem (Andhra Pradesh), Jan 31: An octogenarian from Veerannapalem village in Andhra Pradesh's Prakasam district has mastered the art of weaving sarees from paddy straw.
"I use normal paddy straw to weave a saree. One saree takes nearly a year and half to produce," Movva Krishnamurthy told IANS.
Originally hailing from Komarinenivaripalem village, the youngest in a family of five, Krishnamurthy studied only till standard 5 and dropped out from school to help the family in farming as they owned 20 cattle.
As part of their farming work, he came across ropes of various kinds that were deftly made by them, using gogunara, janapanara and others (plant straw materials).
Sometime around 1959, when Krishnamurthy was a teenager, two veterinarian doctors, Uma Maheshwar Rao and Ramachandra Reddy, visited his village and told him about competitions at a cattle show being organised by the state government in Veerannapalem.
"When they said that the competitions will have attractive prizes, I asked them if they would reward any workmanship by hand. They said they hadn't thought on those lines but if he produces something impressive, the judges may give him some reward," said Krishnamurthy.
By then, the teenager had already gained a reputation for making excellent ropes using gogunara and janapanara and went ahead weaving two towels with paddy straw.
Impressed by the paddy towels, the judges rewarded him with a prize and encouraged him to make farming tools or articles to compete in a state government animal husbandry event in Guntur.
Using metal, wood, coconut leaves, paddy straw and others, he made some farming tools and went to Guntur. Krishnamurthy's creations competed with another man's tools and implements from Tenali.
Finally, the Tenali challenger's towels weaved out of janapanara won the top prize while Krishnamurthy settled for the second spot.
"After that competition, I decided I would make better weaves and settle with paddy straw as the material. From then on, I used to showcase my paddy weaves at many competitions and won several top prizes," he said.
Krishnamurthy reminisced that he received an award from former chief minister NT Rama Rao in 1986 in the category of handicrafts.
Later, an organiser advised the farmer to make bigger weaves. Around 2005, Krishnamurthy thought bigger and weaved a full length saree, which earned him an award.
Krishnamurthy diversified into weaving a blouse and also a handbag and went on to win accolades at Bapatla agricultural college as well.
The farmer said his creations were also exhibited in Delhi and taken to the United States to be displayed at a museum.
"Not only useful for exhibitions, my sarees can also be worn," he says, clarifying that they would not be rough on the skin. He said Telugu Desam Party (TDP) leader and saree aficionado Nannapaneni Rajakumari wore his paddy saree once.
However, he said the paddy saree has to be dried in the shade after rinsing, adding that one his sarees was made more than 10 years ago.
"The farming tools and implements which I crafted have completed 60 years," said Krishnamurthy, even as he gives away some of them for exhibitions.
Currently, Krishnamurthy is busy weaving a paddy saree, blouse and a handbag for an image made out of rubber to be displayed at an upscale showroom.
Though it only costs around Rs 100 to make a saree, which requires some thread to secure the edges and straw is freely available at the haystack, patiently sitting for hours together to carefully shred the choicest fibre from the straw is the major challenge.
"Two gentlemen, one from Eluru and another from Krishna, came to me to learn the craft but gave up once they saw the drudgery of shredding the straw with a blade as only a small portion of the straw will be useful," he added.
Krishnamurthy was also approached by some educational institutions to teach the craft but ultimately nobody turned up.
Even his children and grandchildren did not show interest in this unique craft as they went ahead to pursue other professions. - IANS 12 killed in blasts across Afghanistan 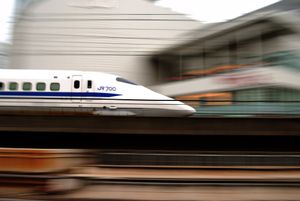