All eyes on Australian Open as players exit quarantine

Sydney, Jan 30: The first group of tennis players arriving in Australia for the upcoming Australian Open was released from hotel quarantine, giving a fresh glimmer of hope for a smooth start to the tournament.

While Australia has so far demonstrated success in managing the pandemic, a large number of players entering from Europe and North America which have had a higher incidents of Covid-19, came as a potential threat to the country’s pandemic control, particularly with two confirmed cases at the event qualifiers in Doha.

The first Grand Slam of the year starts from February 8 to 21.

Adding to domestic stress over the decision to go ahead with the event were a large number of Australians who remained stranded overseas, unable to return home due to the government’s international arrival cap and shortage of flight options.

Lecturer on sport and Australian studies in the Monash Intercultural Lab at Monash University, Dr Tom Heenan told Xinhua that considering the strict hard lockdown Melbourne endured across several months in the later half of 2020, and the large number of people arriving for the Australian Open, it was understandable that local government and residents were concerned.

“Melbourne has been the worst affected area in Australia so there’s a certain degree of nervousness with the government. And with the new strains, I think the risk certainly is exacerbated,” Heenan said.

Authorities in Melbourne pledged the tightest quarantine arrangements in the world at a tennis tournament for the 1,200 tennis players, officials, and support staff as they started arriving in Melbourne from January 15.

During the 14 days of hotel quarantine, nine persons including two players tested positive, three of which were infected with the more contagious and deadly mutant strain of virus found in Britain. Altogether, 72 players were deemed close contacts and confined to their own hotel rooms without access to gyms and courts, which became a much-discussed episode in the lead up to the tournament.

Naturally, the Australian Open is not the only major sporting event to be knocked sideways by the pandemic. The cancellation of Australia’s F1 Grand Prix and Wimbledon tennis grand slam, on top of the postponement of the Tokyo Olympics in 2020, shows how great the impact can be, especially on those events with high numbers of intermingling players and spectators.

University of Queensland epidemiologist Linda Selvey told Xinhua the biggest risk at sporting events is not necessarily the on-field play, but what the players do when they’re not on the field, such as attending restaurants, entertainment, or even in their hotels.

“There is also a risk of transmitting Covid-19 between spectators as they coalesce from a lot of different areas to watch the game, often calling out, singing, and shouting, which we know are important ways of transmitting the virus,” Selvey said.

Nevertheless, the price of giving up is huge. According to a Nielsen Sports report cited by local media, the Australian Open brought 387 million Australian dollars (about $295.82 million) into the Victorian economy in 2020. Victorian Premier Daniel Andrews claimed the state was likely to have lost the tournament if it didn’t go ahead in 2021, The Agereported.

For the players, an opportunity for high-level competition, especially with a total prize pool of 71.5 million Australian dollars (about $54.65 million) is also important. – IANS 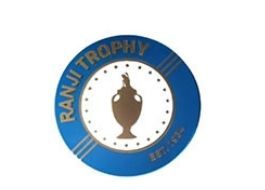 No Ranji Trophy for first time in 87 years 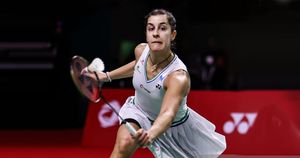