Cutting across urban landscapes, growing air pollution is now a global which has worsened into a major health hazard, especially in the thickly-populated cities in the developing world. A look into any Indian city reeling under air pollution is enough to corroborate it. Indeed, Delhi, the national capital has earned the dubious distinction of being the world’s most polluted city. Guwahati, the State capital, too, is taking giant strides in catching up with the most polluted cities of the country. However, this alarming level of air pollution has not happened in a day or two. The ominous signs of a growing environmental and human health hazard have been conspicuous for a long time but with no protective intervention put forth, the hazard was allowed to expand and worsen like slow poison. Norms that are supposed to put a check on pollution are rarely honoured – off course with tacit approval of the authorities. Children have been the worst victim of the hazard as the mounting atmospheric pollution has made them vulnerable to develop a host of serious ailments.

It is against this disturbing backdrop that we need to view the growing magnitude of air pollution that is slowly but surely engulfing the towns and cities of Assam. While the situation may not have yet reached the level of Delhi, it is nonetheless a matter of serious concern, warranting timely interventions. According to a latest report, Guwahati’s air pollution has dipped into the ‘very poor’ category during the ongoing dry spell. While the lack of rainfall and dry winds invariably lead to dust pollution around this time of the year, matters stand much more aggravated by the boom in construction activities that are being allowed without adherence to pollution-check norms. One would hardly find a cover around construction sites or over construction materials like stone chips, sand, etc., that are simply dumped, often encroaching on roads and drains. Not just during the rainless spell, the city’s air quality has consistently been showing a decline in quality, with air quality monitoring stations revealing the presence of respirable suspended particulate matter (RSPM) and suspended particulate matter (SPM) above the prescribed limit for the past one decade. Unless the authorities act fast, a Delhi-like situation definitely awaits the Guwahatians. Interventions from the authorities apart, the citizens also need to display enhanced civic sense and effect necessary changes in their lifestyles to ease the situation. As in Delhi, vehicular pollution is another major cause of the city’s degrading air quality and given the rapid increase of vehicles on the city roads, the situation can only worsen in the days ahead. Matters stand further aggravated by the absence of any check on polluting vehicles which continue to ply on the city roads in large numbers. The absence of a reliable public transport, too, is compelling more and more people to use their own vehicles, putting a lot of stress on the air quality.

The Orunodoi and the tragic hero 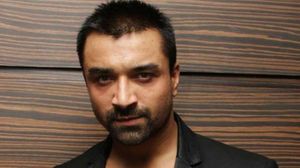