ITANAGAR, Jan 28: The All Arunachal Pradesh Students’ Union (AAPSU) today staged a sit-in demonstration in protest against recent reports of the Chinese government establishing a village in Upper Subansiri district of the frontier State.

The demonstration, organised at the IG Park here as part of the apex student body’s Statewide protest, was joined by members of several federating units, who condemned the “nefarious activities” of China.

The demonstrators held banners and placards, and  shouted slogans against China. They also lambasted the Central Government for “keeping mum on the issue”.

AAPSU general secretary Tobom Dai said, “We outrightly reject the repeated claim made by neighbouring China on the land of Arunachal Pradesh. We want a very strong stand from the Central as well as State governments. It is not a new issue as it has been dragging on for many years. We see the same half-hearted and lackadaisical approach of the BJP regime at the Centre, as seen during the previous Congress Government, in this regard.”

The student leader demanded of the Centre to announce a mega package for Arunachal Pradesh to boost development of infrastructure.

AAPSU president Hawa Bagang also criticised the Central Government for its alleged failure in protecting the State territory from foreign incursion. “Since the past decades, China has been disturbing the people of the State through its illegal activities through the Tibet border,” he said. Bagang urged the State MPs to talk more on State, rather than national, issues in the Parliament. It is very important to develop the border areas to curb China’s expansionist moves, the AAPSU president added. 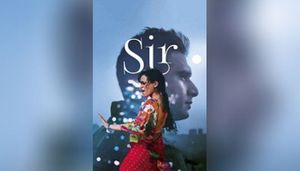