Wellington, March 6: A day after three massive temblors jolted New Zealand, an aftershock measuring 6.1 on the Richter scale struck off the coast of the North Island on Saturday, according to GeoNet NZ.

Thousands of locals reported they felt Saturday's quake which struck at 1.16 p.m., 140 km east of Te Araroa at a depth of 33 km.

It also sparked a tsunami warning for eastern parts of the North Island which was later lifted.

There have been a number of aftershocks since the Friday morning quakes, with most in the range of 4-5 magnitude.

The strongest one, a 8.1-magnitude earthquake hit near the Kermadec Islands at 8.28 a.m., on Friday, triggering a tsunami warning, with water surges seen in some North Island bays later in the day.

GeoNet predicted after Friday's quakes and tsunami warnings that it was "very likely" that there could be more earthquakes up to 7.9-magnitude in the coming month, estimating an up to 90 percent chance of the temblors hitting within the next 30 days. 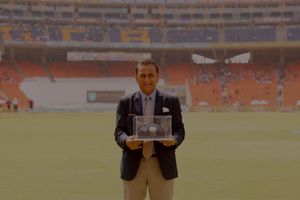